Currency case: Charges against Karmapa to be dropped

In a relief for Tibetan spiritual leader Ogyen Trinely Dorje, a court in Himachal Pradesh on Monday accepted the plea of the prosecution to drop the conspiracy charge against him in the case relating to recovery of foreign currencies from his monastery in January last year.

The spiritual guru was charged under section 120B of the Indian Penal Code in the case along with nine other accused.

The case was registered following seizure of currencies of 26 countries, including 1,20,197 Chinese Yuan and around Rs 50.3 lakh in Indian currency, from Gyuto Tantric University and monastery located on the outskirts of Dharamsala, the seat of the Tibetan government-in-exile, on January 28 last year.

"After considering the application moved by the prosecution to drop his name from the chargesheet, Judicial Magistrate Kanika Chawla has decided to delete his name", Assistant Public Prosecutor Ram Swaroop Sharma said.

The judge fixed August 4 as the next date of hearing against nine other accused charged in the same case.

Karmapa had made a plea for deletion of his name from the chargesheet and said he was only connected with day-to-day functioning of the trust and his role was confined only to religious preaching.

Una Deputy Commissioner had forwarded the plea of the Karmapa to state Home department along with comments and after considering the plea, the government decided to drop the charges against him and directed the official to file an application in the court to delete the charges against Karmapa.

The 26-year-old Karmapa is the spiritual head of the Karma Kagyu school, one of the four sects of Tibetan Buddhism.

He joined the Dalai Lama in exile in 2000 and ever since his arrival in India has mostly lived at the monastery in Sidhbari near Dharamsala. 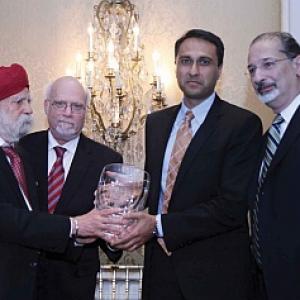