Source: PTI
June 12, 2010 20:02 IST
The Communist Party of India - Marxist on Saturday sought a comprehensive and independent inquiry into all aspects of the Bhopal gas tragedy, saying a Group of Ministers will not be able to probe the 'failure' of state agencies, the judiciary and other authorities in the matter.

"There has been connivance between the then governments, both at the central and the state levels. The 26 years of history of Bhopal case shows the failure of the state agencies, the judiciary and various authorities. Therefore, it is time that there is a comprehensive inquiry into how this happened. This cannot be done by a Group of Ministers. It has to be done independently," said CPI-M general secretary Prakash Karat.

Two days after the court verdict in the Bhopal gas case sparked nation-wide outrage, the Centre on June 9 set up a 10-member GoM, headed by Home Minister P Chidambaram, to look into the relief and rehabilitation of the victims of the world's worst industrial disaster.

Referring to the Nuclear Liability Bill introduced in Parliament in the budget session, Karat reiterated the Left parties' demand that it should be scrapped immediately.

"This bill must be scrapped forthwith because it will legalise exemption of all liability for foreign suppliers," the CPI-M leader said.

The GoM has been tasked to examine all issues relating to the Bhopal gas leakage, including remedial measures, and make appropriate recommendations about the relief and rehabilitation of the victims of the tragedy and their families.

Nearly 26 years after the disaster left over 15,000 dead and many more maimed, former Union Carbide India Chairman Keshub Mahindra and six others were sentenced to two years imprisonment by a Bhopal court on June 7. 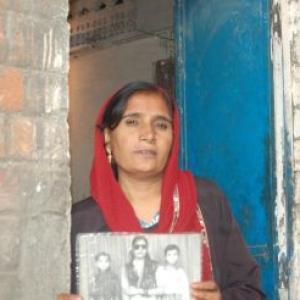