'Covid vaccine will be equally effective against new mutant'

The coronavirus vaccines will be equally effective against the new mutant of the virus and there is no reason to panic, Council for Scientific and Industrial Research Director General Shekhar Mande said on Monday.

The CSIR DG said the transmissibility of the new strain N501Y is a "bit higher" but this does not mean it is more lethal and more people are going to die due to it.

"It is likely that there will be differences between certain aspects like anti-bodies but it doesn't necessarily mean that vaccines will be ineffective. Vaccines will be equally effective despite the mutation. So there is no reason to panic," Mande said.

Indian institutions have sequenced over 4,000 genomes of the coronavirus and submitted to the Global Initiative on Sharing All Influenza Data.

The CSIR's Institute of Genomics and Integrative Biology, Delhi and Centre for Cellular and Molecular Biology, Hyderabad have alone done sequencing of over 2,200 genome sequences of coronavirus in India.

Mande said, "We have not found this (particular mutation) in Indian isolates yet." He said scientists in India and all over the world are watching this variant closely.

The mutation has been independently observed in the UK, Brazil and South Africa, he said.

"Scientists are looking at the mutations very closely. It is too early to draw any conclusions," Mande said.

He said the new variant can be diagnosed with the RT-PCR but it needs to be assessed if it can be equally effective for the Rapid Antigen tests. "But there is nothing to suggest it (RAT) does not work right now," he said.

Mande said there might be differences in the monoclonal (lab-made) antibodies which recognise the particular region in a virus which is not otherwise mutated.

"But in the mutated virus that monoclonal antibody may not effectively work against this changed variant," he added.

Several European countries -- France, Germany, the Netherlands, Belgium, Austria and Italy -- have banned flights from the UK with the British government warning that the potent new strain of the virus was "out of control" and imposing a stringent new stay-at-home lockdown from Sunday.

British Prime Minister Boris Johnson last week said a fast-moving new variant of the virus that is 70 per cent more transmissible than existing strains appeared to be driving the rapid spread of new infections in London and southern England in recent weeks. But he stressed "there's no evidence to suggest it is more lethal or causes more severe illness," or that vaccines will be less effective against it.

Source: PTI  -  Edited By: Hemant Waje© Copyright 2022 PTI. All rights reserved. Republication or redistribution of PTI content, including by framing or similar means, is expressly prohibited without the prior written consent.
Related News: Shekhar Mande, Council for Scientific and Industrial Research, Global Initiative on Sharing All Influenza Data, Institute of Genomics and Integrative Biology, Centre for Cellular and Molecular Biology
Print this article 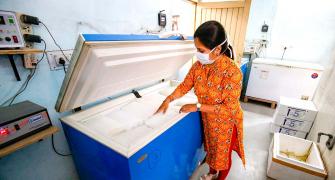 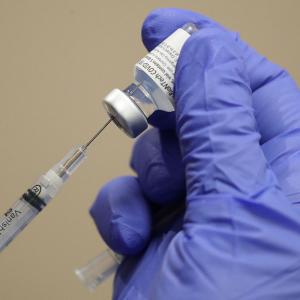