A Delhi court has framed criminal charges against Bollywood actor and Congress MP Raj Babbar in the case of pelting stones at policemen during a protest march of his former party Samajwadi Party near the Prime Minister's residence here in 2000.

"I, Pritam Singh (judge), do hereby charge you that you along with co-accused on May 9, 2000... in furtherance of your common intention formed an unlawful assembly and restrained complainant SI Mahender Singh and other policemen from performing their duties by throwing stones," the court said.

Babbar, the then Lok Sabha MP from Agra, expelled SP leader Amar Singh and MP Sarvraj Singh along with over 800 party activists had tried to stage a rally outside the residence of the Prime Minister against water crisis in his constituency, the chargesheet said.

"I plead not guilty and claim trial," the actor told Metropolitan Magistrate Pritam Singh, who in turn, fixed the matter for recording of statements of prosecution witnesses on July 1, the next date of hearing.

The court also framed similar charges against Sarvraj Singh, who also preferred to contest the case.

Amar Singh was discharged from the case on February 19, 2004, by the Delhi High Court which had set aside the lower court's order of taking cognisance of the offence.

The leaders have been charged under provisions of the IPC, dealing with rioting, hurt, assaulting policemen to deter them from performing duty. 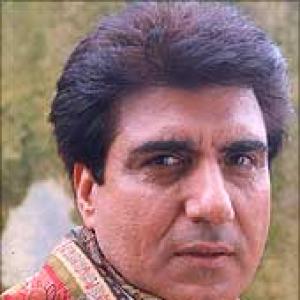