Claiming that journalist Jigna Vora, held in connection with the murder of senior crime reporter J Dey, is not co-operating in probe and contradicting statements, police on Thursday sought permission from a special court to conduct narco-analysis test on her but its plea was turned down.

The court, however, extended the Vora's police custody till December 5.

Public Prosecutor Dileep Shah pleaded before the Maharashtra Control of Organised Crime Act court that investigators be granted permission to conduct narco-analysis test on the scribe as part of their probe into the sensational murder, in which 10 alleged members of the Chhota Rajan gang have already been arrested.

However, Vora's lawyer argued that her client has expressed unwillingness to undergo the test following which designated MCOCA Judge S M Modak rejected the police plea.

As a rule, an accused cannot be subjected to narco tests without his/her consent. Shah also sought eight-day extension in remand of Vora, saying she had sold her mobile phone, a key piece of evidence, and police wanted to find out who was the purchaser. .

Her cellphone details are also needed to be retrieved. However, the Judge permitted only four-day remand extension of Vora, Deputy Bureau chief of English daily 'The Asian Age' who was arrested on November 25.

"Vora's statements were recorded three times but she gave contradictory statements each time. She had been provided a SIM card by arrested accused Paulson Joseph and this card was used in her mobile phone. But when the police asked about this particular phone, she said she has lost it. Later she said it has been was sold," Shah told mediapersons.

"She is not co-operating during interrogation. That is the reason why we sought  permission to conduct the narco test on her," Deven Bharti, Additional Police   Commissioner (Crime), said after the court proceedings.

Vora, the 11th accused, is  suspected to have provided vital information about Dey, working with English tabloid Mid-Day, to the Rajan gang members, police said. Dey was shot dead in suburban Powai on June 11.

A Crime Branch official stated that Vora had spoken to Chhota Rajan on a number of occasions over phone before and after the murder. At one occasion, she had spoken to the overseas-based underworld don for 26 minutes continuously.

"This long conversation (26 minutes) took place before the murder. She is not telling us the contents of their talk. Moreover, she is not giving straight answers to some simple questions," the official added.

In a related development, the court granted till December 5 the police custody of another accused Joseph, an alleged aide of Rajan, lodged in Arthur Road Jail. The custody was granted after the prosecution stated that the police wanted to confront Vora and Joseph.

Joseph had allegedly provided global SIM cards to the accused involved in the murder of Dey as well as a firing case in May. The cards were procured from Dubai, police said. Before being apprehended in Dey's case, Joseph was held in the May 17 firing at Pakmodia street here in which Arif Syed Abu Bukha, bodyguard-cum-driver of Iqbal Kaskar, brother of Dawood Ibrahim, was killed.
Source: PTI© Copyright 2020 PTI. All rights reserved. Republication or redistribution of PTI content, including by framing or similar means, is expressly prohibited without the prior written consent.
Related News: Jigna Vora, Chhota Rajan, Paulson Joseph, Judge, SIM
SHARE THIS STORY
Print this article 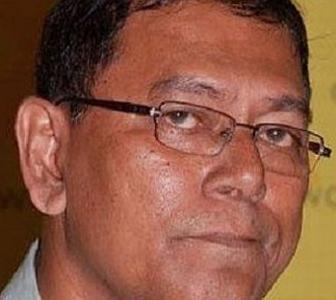 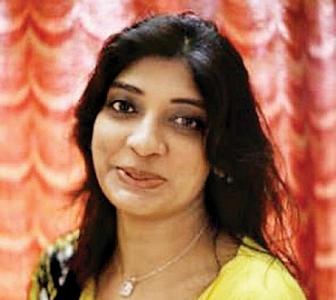