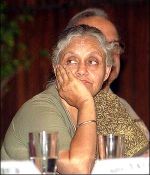 Delhi Chief Minister Sheila Dikshit was on Friday directed by a court in New Delhi to appear in person before it on November 9 in a defamation case filed by her against city BJP chief Vijender Gupta.

Metropolitan Magistrate Navjeet Budhiraja made it clear to the counsel appearing for the Delhi chief minister that he should ensure her presence on the next date of hearing or else the case will be dismissed, saying she has not appeared before the court since recording of her evidence on May 30.

"Considering the fact that complainant has not appeared since recording of her statement against Gupta, therefore, she is directed to appear in person otherwise the case of the complainant (Dikshit) shall be dismissed," the magistrate said.

Dikshit's counsel, Mehmood Pracha submitted that the complainant was following the Delhi high court's direction that she could take exemption from personal appearance on valid grounds by moving appropriate application.

He also said, "Today we are seeking exemption as she is busy in performing her duties as a public servant."

Brushing aside the submission, the court said, "She (Dikshit) is also like other complainants who have lodged complaints against an accused, so she needs to appear before the court.

"If she seeks regular exemption then you will only face delay in the case being decided," the court added while directing Dikshit to appear on November 9.

The counsel for Gupta, Ajay Verman, Ajay Digpaul and Neeraj Kumar opposed the Delhi chief minister's application for exemption from personal appearance, saying, "For every hearing, she is seeking exemption since filing of the case. She in her application has not mentioned any valid ground for her absence."

Dikshit had filed the criminal defamation case against Gupta alleging that the BJP leader used "uncivilised" language against her before the April 15 MCD polls.

During today's proceedings, Gupta's counsel also said that on the last date of hearing, they had filed an application for making "corrections" in the court's earlier order of August 31. The court had issued notice to Dikshit and Gupta after the filing of the application. Gupta had appeared before the court today.

"Gupta is here in court as per the court's directions, but we cannot understand why the Delhi chief minister is not present," Gupta's counsel contended. On August 31, the court during the hearing had directed everyone, except the arguing counsel for the two parties, to vacate the court room, which Gupta's counsel had taken objection to and had sought its "correction".

"After the lawyers' uproar in the court room, the case is adjourned for October 12," the court had said in its order, adding that the "crowd" should move out of the courtroom. On that date, the court had also granted bail to Gupta in the defamation case, after he had appeared in person before it in response to the summons issued to him earlier in the case. The summons were issued by the court against the BJP leader on Dikshit's allegation that he had used "uncivilised language" to defame her before the MCD polls.

The chief minister had also filed a civil suit in the Delhi high court demanding a token damage of Rs 1 from Gupta for erecting hoardings across the city in which her government was accused of conniving with private discoms and indulging in corruption in fixing power tariff. Gupta, however, had contended in the high court that "fair" criticism is part and parcel of a healthy democracy. The chief minister had testified that she had sent legal notices to Gupta after the civic polls but the BJP leader did not apologise and rather stood by his remarks. 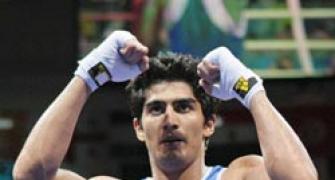 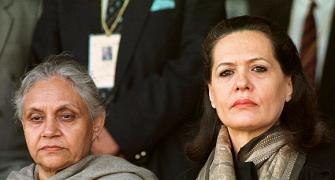