Counting of votes for bypolls on Thursday

Counting of votes will be held on Thursday for 51 assembly seats and two Lok Sabha constituencies spread across 18 states where by-elections were held two days ago. The Bharatiya Janata Party and its allies held nearly 30 of these assembly seats, while the Congress had won 12 and the rest were with regional parties.

The bypolls are a battle of prestige for the parties as the results will not substantially change the seat arithmetic in the legislatures and will be more of a morale booster.

A moderate turnout of 57 per cent was recorded in the by-elections held on Monday.

Among the states ruled by the BJP and its allies, counting will be held for the maximum 11 seats in Uttar Pradesh, followed by six in Gujarat, five in Bihar, four in Assam and two each in Himachal Pradesh and Tamil Nadu.

The other states where bypolls were held are Punjab (4 seats), Kerala (5 seats), Sikkim (3 seats), Rajasthan (2 seats) and one seat each in Arunachal Pradesh, Madhya Pradesh, Odisha, Chhattisgarh, Puducherry, Meghalaya and Telangana.

Counting of votes will also be held in Satara (Maharashtra) and Samastipur (Bihar) Lok Sabha seats, which were held by the Nationalist Congress Party and the Lok Janshakti Party respectively.

In politically crucial Uttar Pradesh, the polls are seen as a litmus test for the Yogi Adityanath government which has completed 30 months in office. The BJP currently has 302 members out of 403 in the Assembly.

It is a four-cornered contest with the BJP, Bahujan Samaj Party, Samajwadi Party and Congress fielding candidates on all 11 assembly seats.

Eight of these seats were held earlier by the BJP and one by its ally Apna Dal-Sonelal. The seats of Rampur and Jalalpur (Ambedkarnagar) were held by the Samajwadi Party and Bahujan Samaj Party, respectively

The state saw a low voter turnout of 47.05 per cent in the bypolls.

In Rajasthan, it will be an opportunity for the ruling Congress to consolidate its thin majority if it is able wrest the two seats from the BJP and its ally RLP.

Of the 200 assembly seats in Rajasthan, the Congress has 106 MLAs, including the six who defected to the party from the BSP recently

In Sikkim, where bypolls were held for three seats, Chief Minister Prem Singh Tamang (Poklok Kamrang constituency) is among the candidates.

The strength of the ruling Sikkim Krantikari Morcha is 18, while the BJP has 10 MLAs in the 32-member House. The Sikkim Democratic Front is left with one MLA after several others deserted the party.

The BJP has fielded former Congress MLA Alpesh Thakor from Radhanpur in Gujarat where bypolls were held for six seats, four of which were with the BJP and two with the Congress.

A Congress win in Punjab bypolls will be seen as an endorsement of Chief Minister Amarinder Singh's policies. Out of the four seats, the BJP, Shiromani Akali Dal, Aam Aadmi Party and Congress held one seat each.

Counting of votes will also be held for Khonsa West seat in Arunachal Pradesh, Naxal-hit Chitrakot in Chhattisgarh, Huzurnagar in Telangana , Jhabua in Madhya Pradesh and Shella in Meghalaya.

In Assam, three of the seats were with the BJP and one with the Congress.

The ruling Janata Dal-United had won four seats in Bihar while one was with Congress. Assembly elections are due next year in the state and the bypoll result in the four seats could be seen as a vote on the performance of Nitish Kumar Government.

In the other northern states, results will be out for Pachhad and Dharamshala seats in Himachal Pradesh. Both were held by the ruling BJP earlier.

While Nanguneri was with the Congress, Vikravandi was represented by DMK MLA K Radhamani who died in June.

A win in even one of the constituencies for the AIADMK will provide the much-needed fillip to the party which was routed in the recent Lok Sabha elections.

In Kerala, three of the five assembly seats where bypolls are being held were with the opposition Congress.

Counting of votes will also be held for assembly polls in Haryana and Maharashtra, the first major elections after the BJP retained power in the Lok Sabha polls in April-May winning 303 seats out of 543. 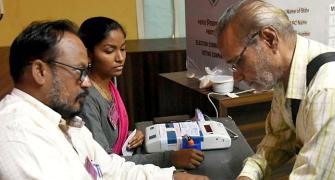 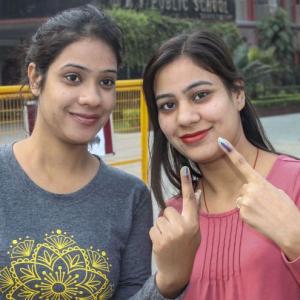