L N Rao, a retired police officer who is practising law at the Patiala House court for over five years now, has suddenly found himself in the line of fire, days after policemen and lawyers clashed at the Tis Hazari court complex. 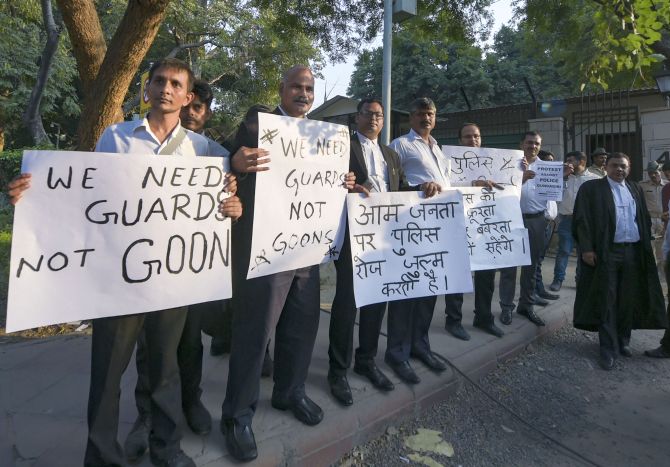 He claims he received calls threatening to have his chamber sealed and his bar license revoked.

Posters asking him to "clarify" whether he is a lawyer or a police officer have been plastered on the gate of his chamber, he said.

During his 37 years of service with the Delhi Police, Rao won several medals, including two for gallantry.

He retired as the deputy commissioner of police (Special Cell) in 2014.

Soon after, he began his second innings as a lawyer.

"I got several calls on Wednesday threatening to have my chamber sealed and my bar license revoked," Rao said on Thursday.

"Today, I saw the pictures of posters, asking me to clarify whether I am a lawyer or a police officer, being pasted on the main gate of my chamber," he added.

A parking dispute between an on-duty policeman and a lawyer triggered the clash between the two sides at the Tis Hazari court complex on Saturday, leaving 20 security personnel and several advocates injured.

Lawyers in all six district courts in Delhi have stayed away from work ever since to protest against the clash.

Amid continuing tensions, an on-duty policeman was allegedly thrashed by lawyers outside the Saket court in the national capital on Monday.

In a video of the purported incident, one of the lawyers was seen slapping the policeman who was riding a bike.

He said he has no issues with lawyers but will take action if anyone tries to harm him.

"They have pasted posters without my permission. The court is closed and I am not going there. I have not registered a case. But if they attack me or my juniors then I will have to lodge a case against them," he said. 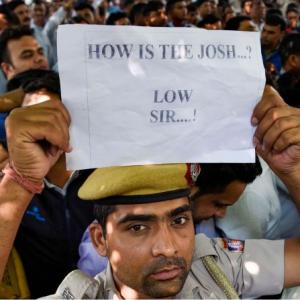