Contempt act being viewed with scepticism

The United Progressive Alliance government's move to amend Contempt of Courts Act, 1971 by incorporating "truth" as a qualified defence is being viewed with scepticism by legal experts even as they feel it is a step in the right direction to make the judiciary more accountable.

Many of the senior lawers feel that the power to initiate contempt proceedings should be vested only with the Supreme Court and high courts.

However, there is a near unanimity among the jurists that Contempt of Courts Amendment Bill 2004 -- aimed at liberalising the contempt law in the country -- is a long overdue step, which would make the judiciary more accountable in its dealings.

Former Union law minister Shanti Bhushan strongly feels that whatever is said or reported in good faith should not be treated as scandalisation of judges or contempt of court.

"The court should initiate contempt proceedings only when its orders are contravened and should not be concerned with the criticism of its actions," Bhushan told PTI.

Welcoming "truth" as a defence in contempt proceedings, another former law minister and senior Bharatiya Janata Party leader Ravishankar Prasad cautioned that it should be real truth and not be made an instrument for scandalisation of courts.

"There has to be a proper balance between the obligation to maintain the authority and dignity of courts and the need for openness and the right to question," Prasad said.

Senior lawyer and Congress member of Parliament R K Anand also welcomed the proposed amendment approved by the Union Cabinet on December 29 terming it as "a step in the right direction".

R Balaji in New Delhi
Source: PTI© Copyright 2021 PTI. All rights reserved. Republication or redistribution of PTI content, including by framing or similar means, is expressly prohibited without the prior written consent.
SHARE THIS STORY
Print this article 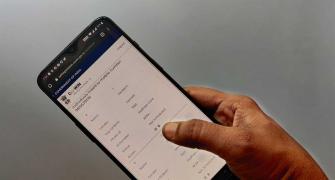