The Congress virtually snubbed Andhra Pradesh MP Y S Jagan Mohan Reddy for his decision to go ahead with his controversial yatra, saying party discipline must be observed. "All true committed and loyal Congressmen must necessarily observe both the party dharma and Laxman rekha of propriety and party discipline," party spokesperson Abhishek Singhvi said.

Reddy, the son of late Andhra Pradesh Chief Minister YSR Reddy, has decided to resume his controversial "Odarpu" yatra from July 8 despite party chief Sonia Gandhi's reservations about it. In an indication of the party toughening its stand on the issue, Singhvi said, "Failure to do so would perforce lead to a chain of consequences, which are best avoidable. We hope and trust that compliance will take the place of defiance." The Congress spokesperson maintained that "party discipline like law does not discriminate between individuals."

Jagan, who had defied the party directive against undertaking the yatra in May also, had met Gandhi along with his family members on June 29

to seek her permission for the tour. The meeting took place in New Delhi on the request of Jagan's mother Vijayalakshmi. During the meeting, the Congress chief had suggested assembling the affected families at one place to console them and also to offer financial assistance, the young Lok Sabha MP said. In an open letter to the people, he said, "We explained to her the need to resume the yatra to console the family members of those who died following the death of my father. She (Sonia Gandhi) did not cite any specific reason but did not appear to be favourably inclined over resuming the yatra." Jagan would pay tributes to his father at Idupulapaya on Tuesday, the family estate where he was buried, and later proceed to Ichapuram in Srikakulam district to resume his tour.

Defying the Congress high command's directive earlier, Jagan had left by train to start his yatra in Warangal district on May 28 but it was marred by violent protests from Telangana supporters.
Source: PTI© Copyright 2021 PTI. All rights reserved. Republication or redistribution of PTI content, including by framing or similar means, is expressly prohibited without the prior written consent.
Related News: Jagan Mohan Reddy, Sonia Gandhi, Congress, Abhishek Singhvi, YSR Reddy
SHARE THIS STORY
Print this article
YSR faced chopper trouble earlier too 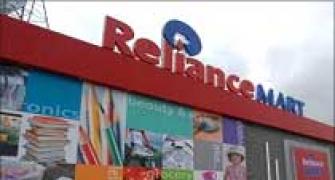 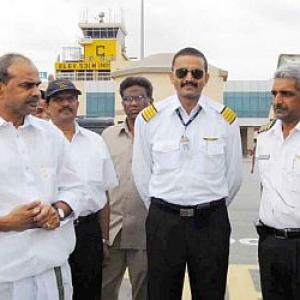