The prevailing political ground realities in Andhra Pradesh read with Union Home Minister P Chidambaram's statement in Lok Sabha on Wednesday make it clear that the central government appears to be in no hurry to take a decision on the contentious Telangana statehood issue.

With by-elections to 18 assembly constituencies -- 17 of them in Andhra-Rayalaseema regions alone -- and the Nellore Lok Sabha seat slated for June 12, any decision in favour of Telangana will only be suicidal for the ruling Congress.

This fact was also reflected in the exasperation of Telangana Rashtra Samiti president K Chandrasekhar Rao who returned to Hyderabad from New Delhi in a huff after accusing Prime Minister Manmohan Singh and Congress President Sonia Gandhi of being "indifferent" on the issue.

Literally, the Congress is caught in a Catch-22 situation on the Telangana issue.

Already, the party government in the state is facing a strong anti-incumbency in Telangana as well as Andhra-Rayalaseema regions, observers say.

Politically, it is facing a much bigger threat in the form of YSR Congress of Kadapa MP Y S Jaganmohan Reddy, which supposedly holds sway in Andhra-Rayalaseema.

After its flip-flops on the statehood issue in December 2009, the party completely lost ground in Telangana and also contributed to the re-emergence of the TRS.

The catch, though, is whether the Congress can regain lost ground in the region by conceding the Telangana demand as the TRS may walk away with all the credit.

Previously there were eight recognised political parties in the state but the number has come down to seven following Praja Rajyam Party's merger with Congress.

Principal opposition Telugu Desam Party, Bharatiya Janata Party, TRS, Majlis-e-Ittehadul Muslimeen, CPI and CPI-M have already made their stand known on the statehood issue though there is a division on regional lines only in the TDP.

The MIM and the CPI-M are in favour of a unified state while the CPI is for division.

The BJP is also a known protagonist of Telangana much like the TRS. Only the Congress has never spelt out its stand on the issue.

The YSR Congress is a new entrant and still a registered outfit but the Centre is waiting for its stance as well on Telangana issue.

"Our stand is very clear. Creation of states is a central subject and it is for the Government of India to take a call. There is no denying the sentiment for Telangana and we respect it," YSR Congress chief Jagan had stated many a time, including at the party's plenary in March.

"That is still our stand," a party spokesperson reiterated.

TDP senior leader and party Telangana Forum member L Ramana maintained that there was no change in their stand on Telangana.

"We are committed to the party resolution on Telangana and the stand we expressed in a letter to Union Minister Pranab Mukherjee," Ramana said after a meeting Chandrababu Naidu on Thursday where Chidambaram's comments in Lok Sabha on Wednesday were discussed.

"The Congress is only seeking to shift the blame on to others without making its own stand clear," Ramana lashed out.

Chidambaram on Wednesday defended the government on the Telangana issue, saying the situation had changed "dramatically" after UPA announced it would form the state and insisted the Centre was waiting for a consensus to emerge among all the stakeholder parties.

Referring to the demand from members that the Home Minister announce when the government is going to form Telangana, Chidambaram had said, "No Home Minister can make such statements.... Circumstances are well-known. Virtually every party is split on this issue." 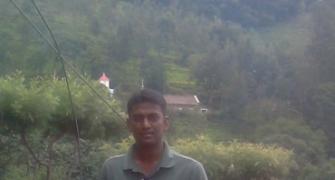 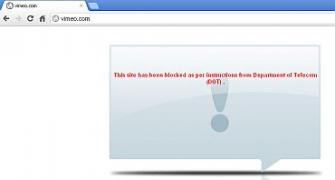 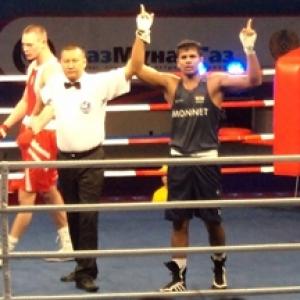