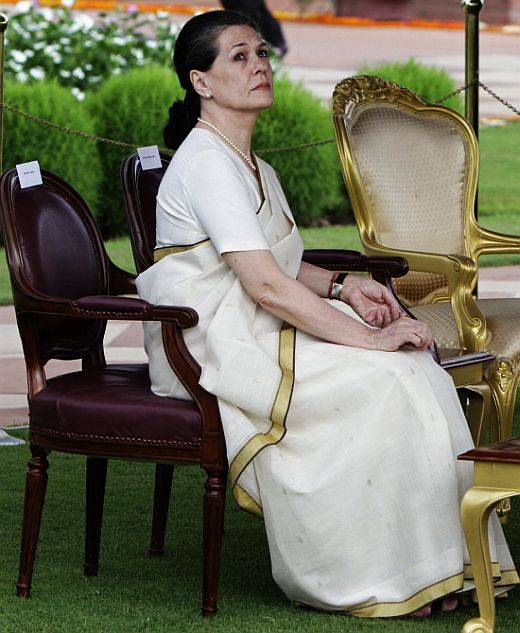 The Congress party is looking to cement its old guard and new guns at the Kisan and Khet Mazdoor Rally, scheduled on April 19 in the national capital.

Since losing the Lok Sabha election last year, and a slew of defeats in state polls after that, this rally is expected to be the much-needed "sanjeevani" (elixir).

The controversial land Bill of the government has provided the Congress an opportunity to regroup and to recruit the support of farmers and agricultural labourers to its flanks.

The rally is also supposed to serve as the comeback vehicle for party Vice President Rahul Gandhi, on a sabbatical for more than a month.

“The (Prime Minister Narendra) Modi government has given us an opportunity on a platter to shake off the despair in our party through the land Bill,” said a senior All India Congress Committee general secretary, with palpable excitement.

“Both the old guard and the young guns are enthused to ensure the success of the rally and the agitation.”

Another general secretary highlighted the "tremendous response" to the initiatives on the land Bill spearheaded by Congress President Sonia Gandhi -- be it the march of the Opposition parties to the President or her visits to the different states to draw attention to the distress caused to farmers by inclement weather.

"There is no way we can let go of the surge in our favour. Possibly for the first time, the BJP (Bharatiya Janata Party) is being perceived as anti-people and anti-farmer."

The party plans to build on this.

A committee has been constituted with Congress leader Digvijay Singh as convenor, senior leader A K Antony and communication chief Randeep Surjewala, a "young gun", as members. It is meeting almost daily to take stock of the preparations.

AICC general secretaries and Pradesh Congress chiefs from the states neighbouring the national capital are under pressure to bring farmers to swell the numbers at the rally.

This has acted as a cohesive force even in Haryana, where the state unit is divided among belligerent factions. They seem to be closing ranks to ensure full attendance at the rally.

In Rajasthan, Sachin Pilot and former chief minister Ashok Gehlot have put their shoulder to the wheel.

AICC General Secretary Shakeel Ahmed is in charge of Punjab and Haryana, the two crucial states expected to ensure a large turn out of farmers.

Ahmed has convened a meeting with the state unit chiefs and legislative party leaders on April 13.

Senior leader and general secretary in charge of Himachal Pradesh and Uttarkhand, Ambika Soni, is also monitoring the preparations in these states.

Every state has been asked to ensure at least 20,000 heads at the Ramlila grounds, the venue of the rally.

There are, however, a few concerns about the public meeting.

Most state leaders have complained that the rally is being held at the harvest time and would cause the farmers attending it some problem.

Congress media managers are also acutely aware that Rahul Gandhi's unexplained absence on an issue that he was perceived to be championing has affected the party’s image.

"Not only did it divert crucial attention from the main issue -- the land Bill agitation -- but also gave rise to unnecessary speculation on leadership in the party. Will Sonia Gandhi make way for Rahul Gandhi? Is he reluctant to take up the mantle?" said a Congress leader.

"By having both of them on the same platform, we will hopefully put an end to all this."

On April 13, the committee headed by Digvijay will meet all the leaders of the neighbouring states to keep preparations on track. As former rural development minister Jairam Ramesh said: "For the Congress, the land Bill agitation is a make or break issue."