The Uttar Pradesh's Congress unit on Friday asked Chief Minister Mayawati to arrest a Bahujan Samaj Party member of Legislative Assembly and his associates for allegedly raping a girl belonging to the backward class and falsely implicating her in a theft case.

"A most backward minor girl was raped by BSP MLA Purshottam Narain Dwivedi and his associates in Banda and she was later lodged in the jail on charges of stealing the legislator's licensed pistol and Rs 5000," said Congress state president Rita Bahuguna Joshi.

Joshi claimed that to save the ruling party MLA, the local police has framed the 17-year-old girl and sent her to jail, where no one was allowed to meet her.

"I demand from the chief minister to lodge an FIR on the application of the girl's father against the MLA and others, constitute a medical board for an examination of the girl and order a high level judicial probe into the matter," Joshi said.

Alleging that she was not allowed to meet the girl in Banda jail on Thursday, Joshi claimed that the superintendent of police remained in the jail for six and a half hour on December 29 at the behest of probing her.

"We also demand immediate suspension of the SP, who is a hurdle in the probe against the MLA," Joshi said alleging that when she spoke to Director General of Police Karmveer Singh, he expressed his ignorance over the issue.

Announcing a series of sit-ins and protests in Banda to ensure justice to the girl, Joshi said from Saturday, local party workers of Banda would gherao the district magistrate.

"Workers of Youth Congress and district committee will hold agitations separately in Banda," she said, alleging that the present government was sheltering criminals. 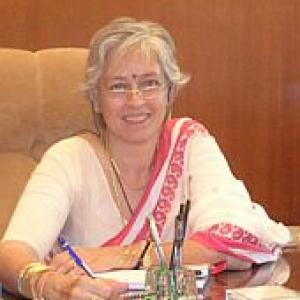