For over ten days now, the Parliament is being adjourned due to uproar in both the Houses over the 2G spectrum scam. While the Opposition is not ready to budge from its demand for a Joint Parliamentary Committee to look into the alleged irregularities in the allotment of 2G spectrum, the Congress too has decided to stick to its stand.

In fact, the top brass of the party warned the Opposition that if the Parliament deadlock continues and they persist on a demand for the JPC, the Congress will not hesitate to go for mid-term elections in six months, sources told rediff.com.

The Congress made its intention clear to the Bharatiya Janata Party on November 16 and this message was conveyed to party patriarch L K Advani by Union Finance Minister Pranab Mukherjee, they added.

Half an hour before Mukherjee hosted the all-party lunch meeting on Tuesday, he visited Advani in his chambers in the Parliament where other senior BJP leaders Sushma Swaraj and Arun Jaitley were present and told them about Congress' stand on the JPC demand.

"The PM wants to resolve the Parliament logjam. What is your suggestion, since the government will not appoint a JPC on the 2G issue?" Mukherjee asked Advani, sources said.

But the BJP leader's only response was that they are firm about their demand.

When Jaitley asked Mukherjee about the Congress view on the controversy, the he said, "I have come here as the leader of the Lok Sabha to resolve the deadlock, to create middle path, where the government and Opposition can sit and work together. Since BJP is the principal Opposition, I thought before the all-party lunch is hosted, I should discuss the issue with you."

However, Jaitley maintained that their party was not willing to opt for any other solution.

Mukherjee then went on to discuss about alleged irregularities in the Commonwealth Games with the BJP top brass. "If you insist on a JPC to investigate the CWG irregularities as well, how can we accept two JPCs?" he asked.

To this Swaraj replied, "During the National Democratic Alliance rule, we gave into to the Opposition's demand and appointed two JPCs, so why can't the United Progressive Alliance government?"

The debate between the FM and the BJP leaders started hotting up, when Mukherjee in a sudden burst of anger said, "Let me categorically state that the Congress is prepared to go for mid-term elections."

Though stumped by Mukherjee's response, Advani did not keep mum. "You cannot blame the Opposition if the Congress has differences. If you make such threats, the BJP will not lag behind," Advani reacted.
A Correspondent in New Delhi
Related News: Pranab Mukherjee, Bharatiya Janata Party, Congress, BJP, JPC
SHARE THIS STORY
Print this article 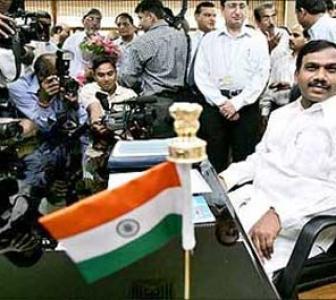 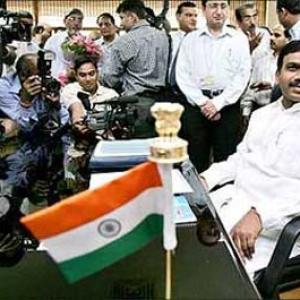