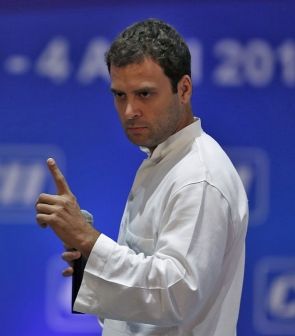 With Rahul Gandhi slamming the ordinance against the disqualification of convicted lawmakers, the government is expected to take back the controversial measure, Congress indicated on Friday.

"Rahul ji's opinion is the opinion and the line of Congress. Now Congress party is opposed to this ordinance," party general secretary and communication department in-charge Ajay Maken said when asked about the fate of the ordinance.

The Congress clearly appeared flummoxed by Rahul's stand as Maken, at a meet-the-press programme, completely backtracked from his statement, praising the ordinance as "perfect".

Maken had made the comments minutes before the party vice-president took the stage and denounced the measure, calling it "complete nonsense" and "wrong" on the part of the government.

Maken sidestepped questions on whether Gandhi's remarks meant a "rebellion" against the government or a public snub to Prime Minister Manmohan Singh and his government.

"Rahul Gandhi is our leader. His views are the views of the Congress party. The situation with any issue evolves with time and it has evolved and no one should have any objection to it," he merely said in reply to such questions.

"What Rahul Gandhi said is the most important thing, that this ordinance will not help us fight corruption. He is our leader and I think this is our official political stand. Rahul ji's opinion is the opinion and the line of Congress...Now Congress party is opposed to this ordinance," he said.

Before Rahul intervened during the press meet, Maken had dismissed opposition’s criticism of the ordinance and downplayed the remarks of some Congress leaders --including Digvijay Singh, Sandip Dikshit and Milind Deora -- who opposed the measure.

He slammed the Bharatiya Janata Party for opposing the ordinance, saying it "should not try and make it a political blame game and take advantage of both the situations", noting that the opposition party does not have the moral right to change its stand after backing the proposals at an all-party meeting in August.

He later justified the U-turn, saying, "The situation with any issue evolves with time and it has evolved. Rahul has given an opinion on the issue and now it is the Congress’s view."

When asked whether the prime minister will now withdraw the ordinance that seeks to negate a Supreme Court verdict -- that struck down the provision in the Representation of the People Act deferring disqualification of convicted lawmakers -- Maken refused to answer.

"I do not think I have an answer to a hypothetical question," he said, adding, "Rahul Gandhi has aired the views of the common man. Rahul Gandhi is our leader and he had put across his views before you without any ambiguity".

He added that the Congress vice president has spoken out his mind on a moral plane.

To a specific question on whether Gandhi's remarks have reinforced that there are two power centres in the Congress, he said, "Rahul has taken this stand on a high moral ground. He has not spoken just any technical thing. Gandhi has expressed his views on a moral and ethical ground."

He also said the BJP has "no moral right" to raise such issues, when they have "convicted" Babu Bokhiria in the cabinet of Narendra Modi in Gujarat.

Maken had at the same time asserted, "The decision taken by the government is perfect" and that "such ordinance are not decided keeping in mind one or two persons. Senior persons from the government must have taken the decision after due consideration."

He made the remarks while replying to a question on whether the government took the ordinance route on this matter to help Rashtriya Janata Dal chief Lalu Prasad, whose fate is to be decided by a Special Central Bureau of Investigation’s court in the fodder scam on September 30, or help some Congress leaders facing similar problems.

Maintaining that the "ordinance is also a form of legislation", Maken had also assured that if the Parliamentary Standing Committee, before which the bill is pending in this regard "decides something else", then a separate bill will be brought before Parliament. 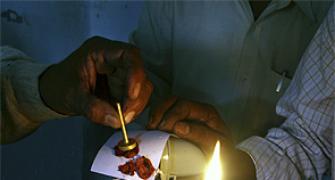 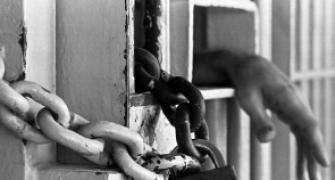 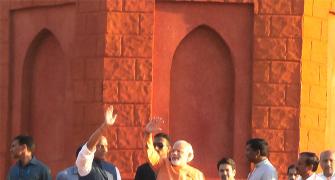 BJP pulls out all stops for Narendra Modi's TN debut 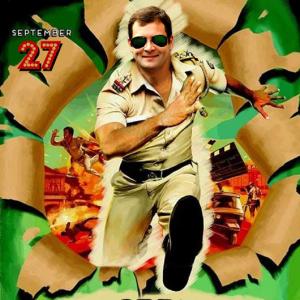 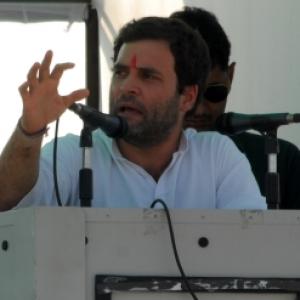