CM to seek phased withdrawal of AFSPA in Kashmir

Pushing for partial lifting of the controversial Armed Forces Special Powers Act in Jammu and Kashmir, Chief Minister Omar Abdullah on Monday asked all stake holders concerned to shed their rigidity to help take a decision based on the ground situation and for the benefit of people of the state.

"It's surprising that whenever we have talked about lifting of AFSPA, certain vested interests have been working overtime and making projections as if we want it to be removed from the entire state, whereas we want it to be lifted from certain parts only," said Omar, who completed four years as the head of the National Conference-Congress coalition government on Sunday.

With two years remaining for assembly elections in the state, 42-year-old Omar said he will again approach the Centre and make a case for partial withdrawal of the AFSPA.

"It was never a political issue or an emotional argument from us. Our stand has always been based on sound logic and a realistic assessment of the ground situation," he said.

Questioning the claims of 'vested interests' -- that partial withdrawal of AFSPA will result in a rise in militancy -- the chief minister asked, "Whom are they trying to fool? This is an insult to the army and other security agencies which are manning the border. Those propagating such an idea indirectly mean that the army is doing nothing. This is an absolute misinformation campaign launched to demoralise the army, paramilitary forces and the state police."

"First and foremost, I never advocated lifting it from areas close to the Line of Control or so. I have suggested that it could be lifted from areas like Srinagar and Jammu cities," Omar said in reply to a question about apprehensions that areas from where the AFSPA will be withdrawn would become a safe haven for terrorists.

Asked about the response to his attempts so far on the AFSPA issue, the chief minister said, "We have not been successful but this does not mean that we should not try. We are trying and I know for sure that something positive will emerge."

Asked about his successes and weakness in the last four years, Omar said, "There have been lessons learnt and the process of learning continues. I am not the one who will go to town with my achievements and it is for the people to judge me after two years."

"But that vision comes only after analysing our failures and that's where we learn. Do you think that separatists and certain political parties are lying low? They want demonstrations every now and then. They want a law and order problem every now and then and for this they don't mind spreading a canard of lies. We deal with the false propaganda more than militancy," he said.

The chief minister also took on separatists leaders including the moderate Hurriyat Conference.

He said, "One finds it amazing that they are willing to travel to Pakistan and meet the leaders there but don't want to talk to people in New Delhi. This leaves no one in doubt that they lack sincerity in their approach and probably are not keen on finding a solution to the Kashmir issue".

"Just waving the flag of separatism does not give them the right to make the people of the state suffer. The elections of 2009, followed by successful panchayat elections and recently held council elections, should be indicators for them that people no longer buy their boycott theory," he said. 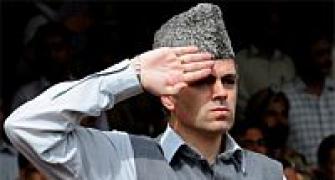 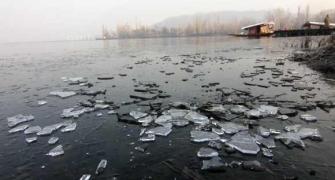 Will Harbhajan make a comeback to national squad? 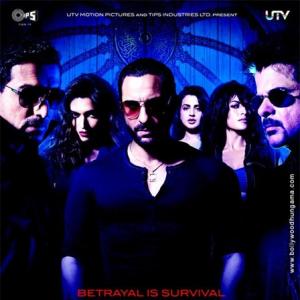