A Hyderabad-bound Jet Airways flight with 36 passengers on board had a close shave after the nose wheel of the aircraft broke off while landing at the Raja Bhoj Airport in Bhopal on Wednesday, airport sources said.

"The nose wheel of the plane approaching the runway suddenly broke off. However, the pilot managed to land the aircraft safely," the sources told PTI.

The flight, which arrived in Bhopal at approximately 9 am and was scheduled to take off at 9:35 am, has been cancelled. The passengers were accommodated in other flights, the sources said.

Jet Airways, however, denied that the aircraft's nose wheel broke and said it was a technical snag which delayed the flight.

"A technical snag was reported in the Jet Airways flight 9W 2509 which arrived here from Ahmedabad via Indore and was on its way to Hyderabad via Raipur, following which it was stranded at the Bhopal Airport," a Jet Airways spokeswoman said.

"The aircraft was taken to the parking bay in Bhopal for inspection," she said. 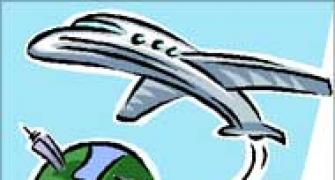 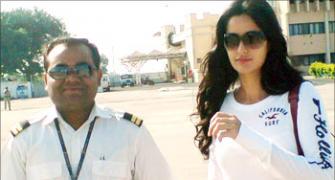