United States Secretary of State Hillary Clinton is looking forward to meeting "dynamic" and "influential" Chief Minister Mamata Banerjee next week during which she will discuss the progress made by West Bengal under her leadership and her take on India-Bangladesh ties.

"I think she (Clinton) look forwards to seeing chief minister Banerjee -- one of India's dynamic women chief ministers," a senior Obama administration official told PTI ahead of the Kolkata visit by the secretary of state.

As secretary of state, this would be Clinton's first trip to Kolkata. She will be visiting Bangladesh and India from May 5 to 8.

"In Kolkata obviously we want to hear from one of the quite influential chief ministers," he official said.

The official involved in the planning of the trip said Clinton would like to hear from Banerjee the "progress" of West Bengal, since she was elected the chief minister and what she sees in terms of the business environment there.

Arriving in Kolkata from Bangladesh, Clinton would use the opportunity to talk with the West Bengal chief minister on the neighboring country, the official said.

Clinton wants to talk about regional ties with Banerjee; the official said, appreciating the improvement in ties between India and Bangladesh after Sheikh Hasina became the prime minister of the country.

In her meeting, Clinton would like to hear from Banerjee "her version of how things are going", the official said, adding that West Bengal is the one State which stands to benefit from the improvement in India-Bangladesh ties. 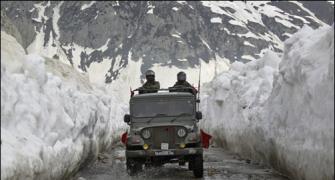