'China's positioning on the border is very aggressive'

China and Pakistan are coordinating effectively with each other to keep India engaged in South Asia, believes former national security advisor Brajesh Mishra.

"There seems to be some coordination between China and Pakistan in order to keep India engaged in South Asia so that India does not play a role in the rest of Asia," Mishra said.

"China's positioning on the Line of Actual Control has become very aggressive," he added.

He also categorically stated that Pakistan is responsible for the violence and unrest in Jammu and Kashmir.

"Violence in Jammu and Kashmir has increased, and, we have had 26/11 (Mumbai terror attack) and now Pune (German Bakery blast)," he said.

Mishra said that Pakistan's designs were clear, as revealed by "Army chief Ashfaq Parvez Kayani who has openly said 'our army is India-centric'."

He said China has changed its position on Kashmir by introducing separate visas for Kashmiris, a move not accepted by the Indian government, and has taken up "so called development projects in Pakistan-occupied-Kashmir".

All this, he said, has "created a situation where India needs to be prepared militarily to defend on two fronts if they (Pakistan and China) become active simultaneously"

"At last, the government is beginning to prepare militarily for a situation where we have to defend on two fronts at the same time," Mishra said, adding that former Army chief General Deepak Kapoor and the new Army chief, General Vijay Kumar Singh, and even Defence Minster A.K Antony are talking about the problem of China.

He added, "They are using diplomatic language to address the issue."

Emphasising the need for military development, Mishra said the Sukhoi squadron which has been moved to the North-East, the mountain divisions that have been created and the upgrading of the Ladakh airfield were positive developments.

"I hope it (modernisation of the military) goes fast enough, because we don't have more than three to four years (to act) if this happens," he said. 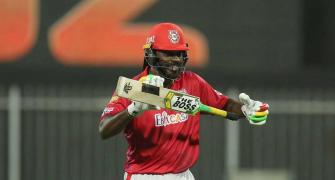 'Pak signed nuke deal with China before US talks'