China has hoped that the first ever Indo-US strategic dialogue would contribute to the peace and stability of South Asia.

"We are happy to see normal state to state relations between India and United States. Hope that the two countries relations could contribute to peace and stability of South Asia," Chinese Foreign Ministry spokesperson Jiang Yu told a media briefing on Thursday.

She was asked to comment on the strategic dialogue between the two countries. Meanwhile, the state-run China Daily said in an article that the India-US strategic dialogue being held by External Affairs Minister S M Krishna and US Secretary Hillary Clinton in Washington could "put more pressure on China".

"Washington is hosting the first-ever strategic dialogue between the United States and India in hopes of forging stronger ties, a move observers say may put more pressure on China," it quoted Hu Shisheng, a scholar of South Asia studies at the China Institutes of Contemporary International Relations, as saying.

Hu said New Delhi hopes to see more dedication to practical fields such as nuclear cooperation and technology transfer, while Washington wants its partner to further open its market and show continual support on the Iranian nuclear issue.

"The US may hope to get from India what it failed to get from China, and through a strengthened cooperation with another Asian giant, pressure on China more on many issues," Hu said.
Source: PTI© Copyright 2020 PTI. All rights reserved. Republication or redistribution of PTI content, including by framing or similar means, is expressly prohibited without the prior written consent.
Related News: China Daily, Hu Shisheng, United States, South Asia, Washington
SHARE THIS STORY
Print this article
Pak welcomes US-China statement on South Asia 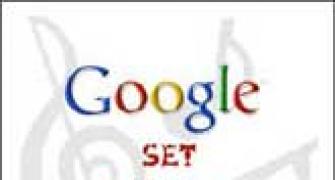 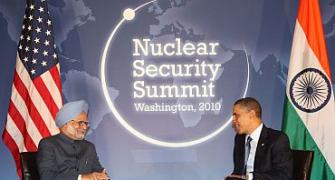