China vowed to take its military ties with Pakistan to a "new high" and defended its nuclear cooperation with Islamabad to build two new reactors for the country.

Terming the defence ties between the two countries as "all weather", the Chinese officials said both Beijing and Islamabad had "pledged" to strengthen these ties" after a meeting between the visiting Pakistan Army Chief General Ashfaq Pervez Kayani and the defence minister Liang Guanglie. Kayani heading a high-level Pakistani military delegation is currently on a five-day visit to China.

"Cooperation between the Chinese and Pakistani armed forces is exemplary and has been fruitful," Liang, also a state councillor, said during the meeting held at the Diaoyutai Guest House.

"China would join hands with Pakistan to bring military relations to a new high," the Chinese defence minister was quoted as saying by Xinhua. The minister also said that the two countries should make continuous efforts to boost their joint defence programmes.

His remarks assume significance as Pakistan and China are collaborating in the manufacture of advanced fighter aircraft. Kayani is also scheduled to meet the vice-chairman of China's Central Military Commission Guo Boxiong and also hold talks with Chinese State Councillor and Minister for Public Security Meng Jianzhu.

As the two countries were holding military level talks a Chinese foreign ministry spokesman claimed that its nuclear cooperation with Pakistan was peaceful, after the US announced it had sought clarification from Beijing on the sale of two new nuclear reactors.

Commenting on the US reaction on the deal, spokesman Qin Gang told reporters "China and Pakistan have maintained cooperation in recent years in the civilian use of nuclear energy." "This cooperation is with in line with our respective international obligations and totally for peaceful purposes and under the safeguards and supervision of the International Atomic Energy Agency (IAEA)," Qin said.

Asked for specific response that the new nuke deal will require permission of the Nuclear Supplier's Group (NSG), the Chinese spokesman skirted the issue, merely saying that the cooperation is "in compliance" with the safeguards of IAEA.

Under the proposed deal, the state-run China nuclear cooperation has agreed agreed to supply and finance two 650 MW nuclear reactors in Pakistan's Punjab province. The issue is likely to figure in Kayani's talks with Chinese leaders.

The Pakistan Army Chief's visit comes ahead of the next week's meeting of the NSG in New Zealand. Commenting on the US remarks Dai Xu, a Chinese military strategist said in state-run Global Times today that claim that China is helping Pakistan develop nuclear programmes were completely groundless.

He claimed the US' accusation was intended "to conceal the fact that both the US and India cooperate on marginally pushing nuclear cooperation". 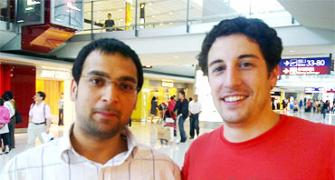 Sino-Pak N-deal to face US roadblock at NSG 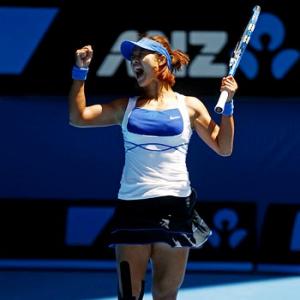