China on Thursday continued its tirade against the Dalai Lama, who is scheduled to meet United States President Barack Obama in mid-February, calling the meeting 'pathetic' and the Buddhist leader 'a trouble maker'

Zhu Weiqun, Chinese executive vice minister for relations with foreign countries, said, "Tibetans will decide the future of the region, with or without the Dalai Lama".

He claimed that the Chinese government had given the "Dalai Lama a chance to correct his mistakes", reported the state-run China Daily.

The official snidely expressed hope that the Dalai Lama settles his affairs while still alive, and does not pass away abroad, according to the China Daily.

Another strongly worded article in the Daily, quoted by the Xinhua news agency, stated, "It is pathetic to see that US President Barack Obama is likely to succumb to domestic politics and go ahead with a plan to meet the Dalai Lama."

"Those ideology-driven politicians and China bashers in the United States still don't realize that the ground has shifted beneath them. They still persist with this meeting with the Dalai Lama as a ritual to trumpet what they believe are 'core democratic principles'," said the article, written by Huang Xiangyang.

"As the president of the world's only superpower, Obama is free to meet anybody at anytime on his own soil. But just don't paint this farce with a moral hue. We call that audacity of shame," said Xiangyang.

Meanwhile, the Washington Post quoted sources close to the Buddhist leader as saying that the Dalai Lama will visit Washington between February 17 and 18 to meet Obama.

China has strongly protested Obama's intention to meet the Dalai Lama, whom the communist nation has often termed as a 'liar and secessionist', but the American President has refused to cancel the meeting.

Obama had already cancelled a meeting with the spiritual leader in October 2009, in view of his impending visit to China in November, and was widely criticised for his decision.

The latest tiff between the two most powerful nations comes after China slammed America's decision to sell weapons worth $6.4 billion to Taiwan, which China claims is part of its territory.

The Asian giant reacted by suspending part of its military cooperation with the US and has even threatened to pass sanctions against American companies involved in weapons sales.

"A meeting between Obama and the Dalai Lama would seriously undermine the political foundation of Sino-US relations," Zhu Weiqun had said earlier.

He asked the Tibetan spiritual leader to "restrain his words and deeds against the central government," the state-run news agency Xinhua quoted him as saying.

White House reacted calmly to China's threat, saying, "The President told China's leaders during his trip last year that he would meet with the Dalai Lama, and he intends to do so. The Dalai Lama is an internationally respected religious and cultural leader, and the President will meet him in that capacity." 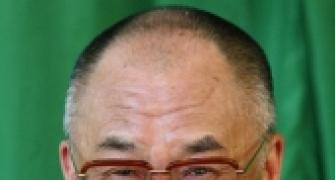 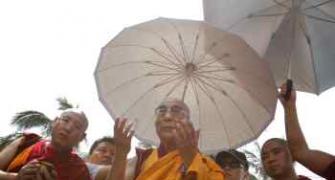