Three members of the 'Black Bloc' group have been arrested in President Barack Obama's hometown Chicago on charges of allegedly plotting terror attacks during the key NATO Summit in the city.

Nearly 60 world leaders have gathered in Chicago for the Summit beginning today, aimed at charting out a road map of international support to Afghanistan post-2014.

The trio were also planning to attack the headquarters of the Obama Campaign in Chicago, the home of Chicago Mayor Ram Emanuel and police stations, authorities said.

The three men -- Brian Church, 22, from Florida, Jared Chase, 27, from New Hampshire and Brent Betterly, 24, who told police that he is from Massachusetts, were produced before a court on Saturday.

The three were charged with material support for terrorism; conspiracy to commit terrorism; and possession of explosives or explosive or incendiary devices.

According to prosecutors, the investigation began in May, and revealed that the defendants are self-proclaimed anarchists and members of the "Black Bloc" group, who travelled together from Florida to the Chicago in preparation for committing terror acts and destruction directed against different targets in protest to the NATO Summit.

According to prosecutors, plans were made to attack four police stations with destructive devices, in an effort to undermine the police response to the conspirators' other planned actions for the NATO Summit.

All three men will plead not guilty at an arraignment set for May 26, said Sarah Gelsomino, an attorney at the National Lawyers Guild.

The 'Black Bloc' members wear black clothing and face- concealing items during protests to hide their identities and appear as one large unified mass. 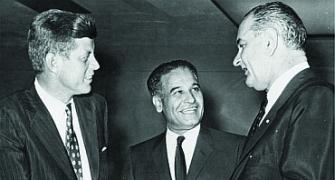