Terming the train accident at Sitheri station in Tamil Nadu as "very unfortunate" Railway Minister Dinesh Trivedi on Wednesday said all efforts will be undertaken to prevent such mishaps in future.

At least nine persons were killed and 72 others injured when a passenger train from Chennai rammed into a stationary train near Arakkonam, derailing five coaches, about 75 km from Tamil Nadu capital, in the third major rail accident in two months.

The Arakkonam-Vellore passenger train was waiting for the green signal near Sitheri Station when the Electric Multiple Unit running between Chennai Beach and Vellore rammed into it from behind.

Trivedi said the stationary train was hit by a Chennai Vellore EMU train from the behind.

"Casualty figures are still not yet confirmed. We are in touch with all railway officers who all have reached the site. I am taking the first available flight along with the Chairman Railway Board Vinay Mittal and Minister of State for Railway K H Muniappa to Chennai," he said.

Trivedi said, "Even if it is human error we have to find out why human error is occurring. The human errors also need to be looked into. We have to ensure that all loco drivers have been rested before taking up their duties."

According to the railway minister, the driver of the EMU train, A Rajkumar, had taken mandatory 16 hours rest before taking up the work and his breath analyser test for alcohol was also negative.

"The driver of the EMU train is alive and has been undergoing treatment and more details are awaited," he said.

After the accident, train services were badly hit on the section.

"It will take some time to resume traffic as five coaches have derailed. Our priority is to complete the rescue and relief operation and then remove debris for restoring traffic."

Trivedi, who spoke to the chief secretary of Tamil Nadu, said as per the latest information no one is trapped inside the derailed coaches.

"All injured have been rushed to nearby hospital and rescue operation is complete now," Trivedi said. 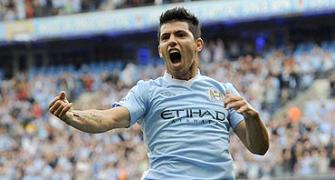 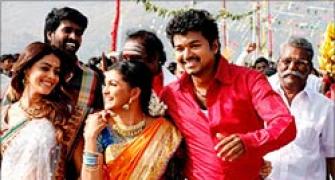 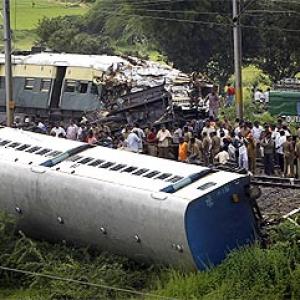