Media magnate Kalanidhi Maran, who has been summoned by the city police in a cheating and intimidation case against his Sun Pictures, was on Wednesday granted more time to appear before it after he cited prior engagement.

The counsel for Kalanidhi, grandnephew of Dravida Munnetra Kazhagam President M Karunanidhi, sought time, saying his client was out of station and would return only on July 26. Deputy Commissioner of Police Ashok Kumar told reporters that the plea has been accepted.

Kalanidhi, chairman and managing director of Sun Network and brother of former union minister Dayanidhi Maran, was summoned by police to appear before it on Wednesday on a complaint by a film distributor who accused Sun Pictures of cheating Rs 83 lakh which it "owed" to him and threatening him when he sought return of the money. However, Kalanidhi's counsel appeared on his behalf and sought more time.

While Kalanidhi has been summoned for the first time in the case, Sun Pictures Chief Operating Officer Hansraj Saxena has already been arrested on the complaint filed by T S Selvaraj of Kandan Films.

After his arrest on July 3, Saxena has been named in eight more cases involving production and distribution of two other Tamil films, including Rajnikanth-starrer Endhiran, which was produced by Sun Pictures and released last year.

Saxena is now in judicial custody. 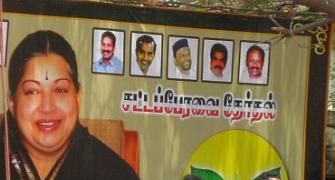 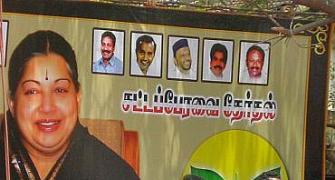