Five persons, suspected to be involved in the two recent daring bank robberies in the city, were shot dead by police in an alleged encounter in the wee hours on Thursday.

Police said the five holed up in a house in Velacherry locality fired at them when they surrounded the place and asked them to give themselves up, prompting them to retaliate.

The five persons, four from Bihar and one from West Bengal, were brought dead to a hospital while two police inspectors suffered bullet injuries, Commissioner of Police J K Tripathy told reporters.

He said police recovered five pistols, two revolvers and some magazines and ammunition besides Rs 14 lakh in cash from the ground floor house of a two-storeyed flat located in a heavily-populated area.

The identity of the deceased were established based on voters ID cards and driving licence recovered from the spot, he said giving their names as Chandrika Ray, Harish  Kumar, Vinay Prasad, Vinod Kumar (all from Bihar) and Abhay Kumar from West Bengal.

Police, who had yesterday released video footage of a suspect in the bank robberies, swooped down on the house around 1 am following a tip-off.

"Prima facie investigations by showing pictures to some of the bank people established these people operated in the both the banks," he said.

In less than a month, branches of Bank of Baroda and Indian Overseas Bank in Chennai were robbed of Rs 19 lakh and Rs 14 lakh on January 23 and February 21 respectively in daring daylight heist by armed men, sending shock waves. Police had set up 30 special teams to crack the cases.

Giving the sequence of events, Tripathy said a heavy posse of police personnel raided the house at around 1 am following an informant's tip off that the sketch of the suspect resembled a person in that area.

Despite repeated warnings to surrender, the assailants started firing forcing the police to "react in self defence" as well as safety of the people in the area, he said.

Tripathy said the five who had taken the house on rent were planning to leave today.

He said that an FIR has been registered and an inquiry will be conducted by the Judicial Magistrate as per statutory requirement in encounter deaths.

The commissioner refused to go into the details of the encounter saying an elaborate probe can alone bring out facts.
PTI
Source: PTI© Copyright 2020 PTI. All rights reserved. Republication or redistribution of PTI content, including by framing or similar means, is expressly prohibited without the prior written consent.
Related News: Tripathy, Vinod Kumar, FIR, West Bengal, Chandrika Ray
SHARE THIS STORY
Print this article 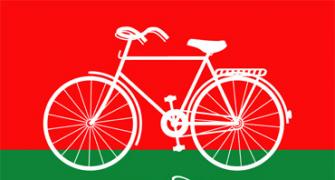 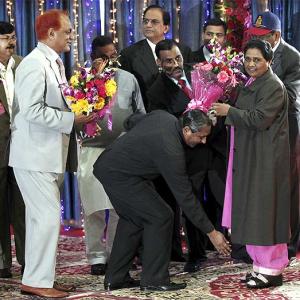