The Jamaat-ud-Dawa not only collected funds for charity and diverted it to the Lashkar-e-Tayiba, but also helped the outfit legitimise money collected through extortion, counterfeiting, smuggling and animal skin trade. Vicky Nanjappa/Rediff.com reports 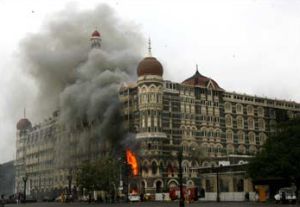 An Intelligence Bureau dossier has revealed that an amount of around Rs 1,17,37,820 was spent to carry out the Mumbai 26/11 terror attack by Pakistan sponsored Lashkar-e-Tayiba. The dossier is significant considering the recent ban on the Jamaat-ud-Dawa -- Lashkar’s financial wing -- imposed by the United States of America.

The JuD has been raising funds under the garb of charity and diverting it for terror activities particularly against India. The IB dossier details the manner in which the JuD raised funds for the 26/11 attack and diverted it to the Lashkar coffers.

The JuD has 50,000 members and each one is assigned a specific task of raising money under the pretext of charity, says the dossier. Until the year 2002, the Lashkar enjoyed the open backing of the Pakistan government. But after they chose to be more discreet, the JuD was floated to channelise funds.

The IB has said that its dossier was prepared based on statements made by Pakistani-American Lashkar-e-Tayiba terrorist David Headley and intelligence collected from various sources. The dossier states the expenditure for the 26/11 Mumbai attacks were divided into four parts.

The money spent on the ten terrorists, including the pay off to their families and their training, was around 130,000 US dollars. The Lashkar spent 25,000 US dollars on weapons and 500 dollars for the VOIP accounts through which communication was maintained through the operation.

Headley had said that he received an amount of 40,000 US dollars from the Lashkar to carry out surveillance and other expenditure during his visits to India.

The dossier also states that funding for the JuD comes from sympathisers based out of Saudi Arabia. People who subscribe to the Wahabi school of thought contribute the most. Till date many donors contribute money for the Lashkar’s fight in Kashmir.

JuD members travel across the world to collect funds. When planning for the 26/11 attacks commenced a core team was constituted to collect funds. The Lashkar ensured that majority of the funds were collected through donations and every JuD office had a box that read charity on it. While 60 per cent of the funds came from Pakistanis settled in Saudi Arabia and Britain the rest was collected through open donations in Pakistan, the dossier states. It was around this time that the Islamic Society in the Gulf was revived and contributions began to pour in.

Since 2002, the Lashkar has devised several methods to raise funds but according to the Intelligence Bureau, JuD has been most effective in fund collection. What worked in JuD’s favour was that it was considered a legitimate outfit and none of the money was accounted by the international community as it was considered to be a charity organisation.

The JuD not only collected funds for charity and diverted it to the Lashkar, but also helped the outfit legitimise the money collected by extortion, counterfeiting, smuggling and animal skin trade.

The JuD has also set up hospitals, fish farms and a carpet business. The outfit made it compulsory for every agriculturist in Pakistan to contribute 10 per cent of their annual earnings to charity, known as ushr.

But for the Lashkar, its biggest source of income is from the drug trade. While on one hand the Inter-Services Intelligence collects money from Dawood Ibrahim, who is the leader of this trade, the Lashkar has its own set of men who undertake the same business. The Lashkar alone smuggles out 5000 tons of opium every year, which approximately accounts to 2.5 billion dollars. This money is equally shared with the Al-Qaeda and the Taliban, which aides Lashkar operatives smuggle opium out of Afghanistan where it is produced.

The dossier also states that most of the money is sent to different parts of the world where the Lashkar operatives are present. It is also distributed among Al-Qaeda members present in Syria, Iraq, US and other countries. A significant amount is also sent to Jammu and Kashmir. At least 2 banks in the Valley are directly under the control of the Lashkar, which means they do not rely on the hawala network.

Money sent to different parts of the world is often carried by JuD preachers. Until now these persons were not checked, as the JuD was considered to be a legitimate organisation.

Even when it came to handing over cash to Headley, a large part of the amount was given to him by a JuD preacher. Contrary to the belief that money collected for the 26/11 attacks was moved through a hawala channel, the IB dossier states that most of it was passed on by these preachers. It was too risky for them to use a hawala channel, especially when they were planning such a major strike.

The money between Saudi and Pakistan was transferred over a span of 5 years and was done in small amounts to avoid being detected by security agencies. 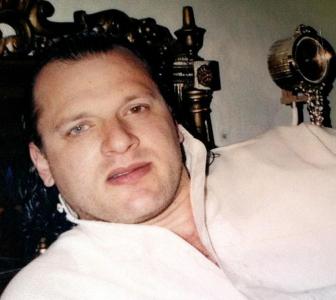 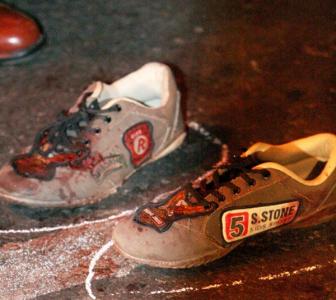 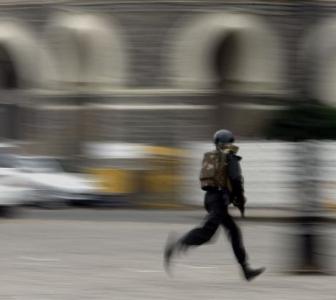