Bharatiya Janata Party president Amit Shah on Monday dared West Bengal Chief Minister Mamata Banerjee to arrest him for chanting 'Jai Shri Ram', claiming that the Trinamool Congress supremo can stop him from attending rallies in Bengal, but not the BJP's victory march in the state. 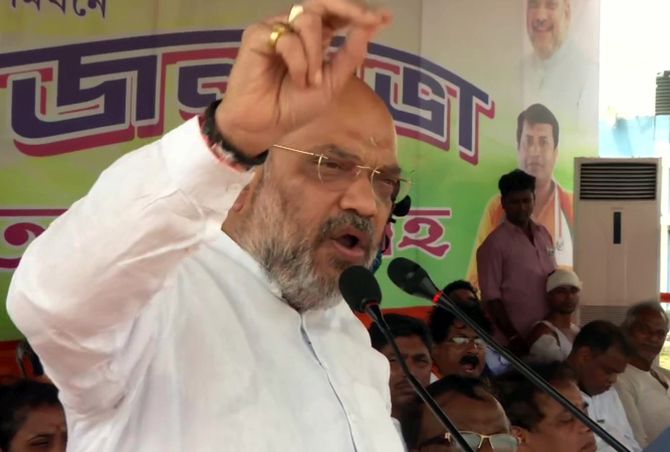 Addressing a rally at Canning in Joynagar Lok Sabha constituency, he said, "Mamatadi gets angry if someone chants Jai Shri Ram. I am chanting Jai Shri Ram here today, if you (Mamata Banerjee) have the guts, arrest me. I will be in Kolkata tomorrow."

Hitting out at the TMC government for denying him permission to land his chopper at Baruipur in Jadavpur Lok Sabha seat, Shah said, "The Mamata Banerjee government is visibly perplexed. She wants to stop me from attending rallies. Can you (Banerjee) prevent your defeat this way?

"The TMC can stop me from attending rallies but can't stop the victory march of the BJP in Bengal," he maintained.

Shah's scheduled rally in Jadavpur was called off on Monday after the state government denied him permission to land his chopper and hold a public address at Baruipur area.

Referring to infiltrators as "termites", who are eating into the resources of this country, the BJP boss said his party will throw them out from Bengal after coming to power at the Centre for a second term.

"We will restore the glory of Bengal. Mamata Banerjee has turned Sonar (golden) Bangla into Kangal (pauper) Bangla. She is only interested in protecting infiltrators to secure her vote bank. But her vote bank won't be able to save her from imminent defeat," he asserted.

Lashing out at Banerjee for allegedly running a "syndicate raj" in the state, the BJP president claimed that the TMC works to benefit the CM's nephew, Abhishek Banerjee.

"Earlier it was syndicate tax, now it has been replaced by nephew tax. We have to throw out this corrupt government of Bua-Bhatija (aunt and nephew). We will defeat this corrupt regime," he stated. 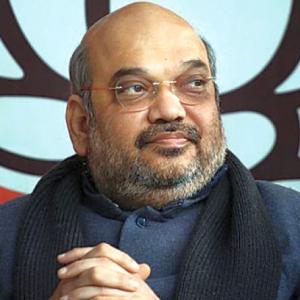