The home ministry has decided to send approximately 2,000 additional paramilitary personnel to Bihar and Jharkhand to assist the state police forces in countering Maoist violence.

The two battalions (1,000 personnel in each battalion) of security men, with specialised training in jungle warfare, will reach the two states by March 10.

Both Bihar and Jharkhand will get one battalion each, home ministry officials said.

The central government will send 6,000 more paramilitary personnel to Bihar, Jharkhand, Orissa and West Bengal in the next 40 days after the completion of their training.

The four eastern states had together asked for 14,000 additional forces from the central government at the February 9 meeting of the state chief ministers held in Kolkata. The meeting was chaired by Home Minister P Chidambaram.

Nearly 60,000 central security personnel are currently deployed in Maoist-affected states to assist the state governments to counter the Maoists

Security forces are now engaged in an offensive against the Maoists in the three inter-state junctions which are considered to be hotbeds of extremists. They are Chhattisgarh-Maharashtra-Orissa, Chhattisgarh-Orissa and West Bengal-Jharkhand.

The government is also planning to launch an operation at the West Bengal-Orissa and Bihar-Jharkhand borders. In all the operations, the state police forces are taking the lead role while the central paramilitary forces are assisting them.

"All anti-Maoist operations are going on in close coordination with concerned state governments with active assistance from the central government. The long-haul operations will be going on till the areas are cleared off Maoists and the rule of the law is restored there," a home ministry official said.

Meanwhile, Chidambaram on Thursday asked the district magistrates of Maoist-affected states to expedite development activities in their respective areas.

At a meeting, attended by approximately 30 DMs from seven states, Chidambaram apprised the officials the government's two-pronged strategy -- police operation and subsequent development work -- to deal with Maoists and sought their full cooperation for it, sources said.

According to a government estimate, there are 33 districts in the country that are seriously affected by Maoist menace, while another 50 districts have Maoists' presence. Nearly 40,000 sq km of area in India is now controlled by Left-wing extremists. 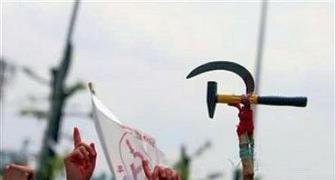 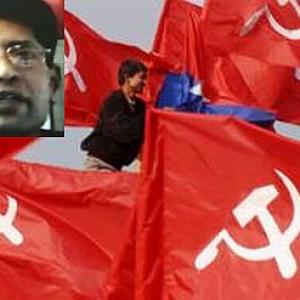 'Maoists have traversed through a torturous path'