Centre asks states for data on deaths due to oxygen shortage

The Centre has sought from states and Union Territories data on deaths linked to oxygen shortage during the second of COVID-19, sources said on Tuesday. 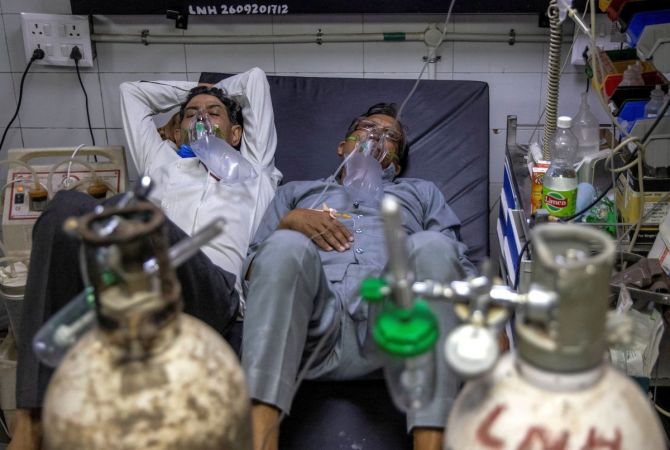 According to them, the information will be tabled in Parliament before the Monsoon session ends.

Last week, opposition parties had hit out at the government after it told Parliament that no deaths due to oxygen shortage have been specifically reported by states and Union Territories during the second COVID-19 wave.

"The Centre has sought data from states and Union Territories on deaths in connection with oxygen shortage during the second of COVID-19. The information will be collected and presented in Parliament before the Monsoon session ends," a source said.

Responding to a question on whether a large number of COVID-19 patients died on roads and hospitals due to acute shortage of oxygen in the second wave, Minister of State for Health Bharati Praveen Pawar on July 20 in a written reply in Rajya Sabha had said that health is a state subject.

"However, no deaths due to lack of oxygen has been specifically reported by states and UTs," Pawar had said.

Pawar, however, stated that due to unprecedented surge in demand for medical oxygen during the second wave -- the demand in the country peaked to nearly 9000 MT as compared to 3095 MT during the first wave following which the central government had to step in to facilitate equitable distribution to the states.