High drama unfolded at former Union home minister P Chidambaram's residence at the tony Jor Bagh colony in New Delhi on Wednesday night as a team of Central Bureau of Investigation officials scaled the boundary wall of his bungalow to gain entrance while another team tried to make way through the backdoor. 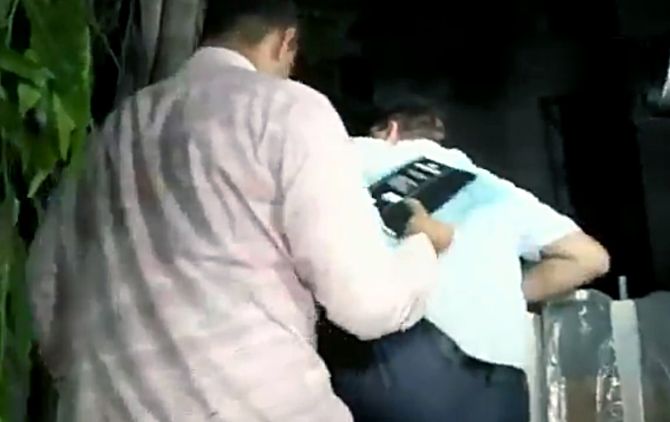 IMAGE: CBI officials jump over the wall to get inside the residence of Congress leader and former Union Minister P Chidambaram in New Delhi on Wednesday. Photograph: ANI Photo

Chidambaram, whose whereabouts were not known soon after Delhi high court rejected his anticipatory bail plea on Tuesday afternoon in corruption cases, made a surprise appearance at Congress party's Headquarters where he addressed made a brief statement to media professing his innocence.

Some Congress workers had gathered outside the All India Congress Committee headquarters and raised slogans against the CBI and the government.

They later reached the residence of Chidambaram where they continued the sloganeering.

Flanked by senior Supreme Court lawyers and senior party colleagues Kapil Sibal and Abhishek Manu Singhvi, he then drove to his residence nearly 10 minutes away from the Congress office.

On his trail were CBI and Enforcement Directorate officials. A CBI team reached his Jor Bagh residence 115-A within minutes of his return.

With a big media contingent beaming live images of the developments, the CBI team first knocked the gates to gain entry but finding no response, they nimbly scaled the nearly five-ft high walls to gain entry.

Once three officers reached inside, they opened the gates to allow other team members waiting outside.

Soon a team of officers, identifying themselves as from ED, too arrived at the scene.

Meanwhile, another small team of officials rushed to the backdoor to secure all entry and exit points of the bungalow.

A team of about two dozen officials was present at the bungalow with Chidambaram being inside with Sibal and Singhvi.

The CBI officials refused to comment whether they had come to arrest or interrogate Chidambaram.

However, later he was taken away by a CBI team to the agency's headquarters in New Delhi and was formally arrested soon after.

The agency had been seeking Chidambaram's 'custodial interrogation' in the case pertaining to alleged irregularities in the grant of foreign investment clearances to INX Media when he was the finance minister.

They said Chidambaram was summoned last year for questioning in the case but he remained evasive in his responses. 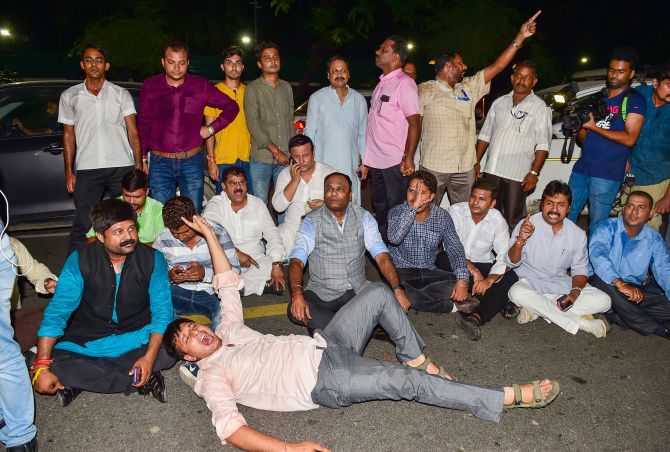 The Delhi high court on Tuesday refused to grant Chidambaram any protection from arrest by rejecting his plea seeking anticipatory.

Swinging into action after the high court order, a team of CBI officers landed at the Jor Bagh residence here to locate him but he was not present.

The agency officials returned after pasting a notice at his residence on Tuesday night asking him to be present before the investigation officer of the case within two hours. Chidambaram did not appear before them. 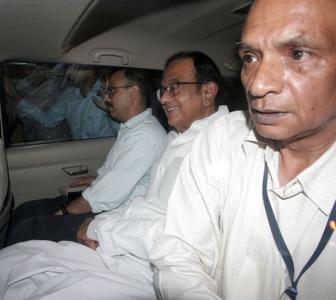