The Central Bureau of Investigation on Thursday questioned Lieutenant General (retired) Tejinder Singh and Vectra Chairman Ravinder Rishi in connection with the alleged bribe offer made by the former to the then Army Chief V K Singh to clear a tranche of allegedly substandard all-terrain vehicles.

The agency sources claimed they had got enough prima facie evidence of Singh's relations with arms dealers, including Rishi, which could have prompted him to make an offer to the then army chief.

Singh has denied having any links with Rishi and even said no such offer was ever made by him.

"Investigations will reveal that I am not involved and also the reasons for someone raking it up one-and-a-half years after the alleged incident," he had said in reply to an SMS sent for his reaction.

The then Army Chief General (retired) V K Singh had alleged that Singh, who retired as chief of Defence Intelligence Agency in July 2010, offered him a bribe of Rs 14 crore in his office in September, 2010 to clear the purchase of a tranche of 1,676 Tatra BEML trucks, a matter he had reported to Defence Minister A K Antony.

Rishi is a director in Tatra Sipox, which supplied trucks through public sector undertaking BEML. He has also been named as an accused in the CBI FIR related to the truck supply deal.

CBI had initiated a preliminary enquiry in April after getting a formal complaint from the then army chief.

Singh had refuted the allegations and also slapped a defamation case against General Singh.

The agency, after six months of preliminary investigation, had converted it into a regular case of alleged violation of Prevention of Corruption Act as it found enough prima facie evidence against Tejinder Singh. 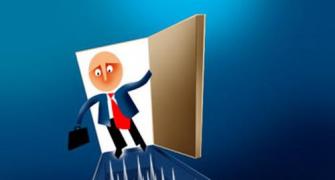 Relationship manager is NOT the best advisor
I am sorry, but BJP is targeting me: Virbhadra Singh
Tatra deal: CBI to confront chairpersons of BEML, Vectra