The Central Bureau of Investigation has charged Gujarat's Minister of State for Home Affairs Amit Shah with murder, extortion, kidnapping and criminal conspiracy.

The chargesheet filed in the Sohrabuddin encounter case spells out the role allegedly played by Shah and police officers in the case, though it is vague about how the minister got mixed up with the murderous plot.

What the chargesheet says

The CBI states Sohrabuddin was trying to extort money from owners of marble factories in Rajasthan. He set up a gang along with Tulsi Prajapati and killed his nearest rival Hamid Lala in 2002, the CBI chargesheet states.

In 2004, Sohrabuddin threatened the owners of RK Marbles. Its owners reportedly had good relations with the police in that state.

At this juncture, the CBI chargesheet alleges Amit Shah came into the picture and ordered Sohrabuddin's killing. He contacted then deputy inspector general of police, Gujarat, D G Vanzara, who asked Shah how to go about it, since there was no case registered against Sohrabuddin in Gujarat.

Shah, the CBI claims, told Vanzara that this was his 'headache' and he needed to book a case against Sohrabuddin and get the job done.

Vanzara, the chargesheet adds, got in touch with Abhay Chudasama, then the head of the Ahmedabad police's crime branch, and booked Sohrabuddin in a case in Gujarat.

Vanzara, the chargesheet adds, told Prajapati that there was political pressure, but assured him that the police would just arrest Sohrabuddin. Based on this assurance, Prajapati provided information about Sohrabuddin's whereabouts.

Vanzara and Chudasama then took a Qualis vehicle, owned by a local businessman, and intercepted a bus aboard which Sohrabuddin was travelling with his wife Kausarbi near Dingola.

The CBI alleges the two Gujarat police officers asked Sohrabuddin to get down from the bus, but Kausarbi, his wife, insisted that she would go along with him.

In the meanwhile, Gujarat police officers shifted Prajapati to Rajasthan on the basis of an old case lodged against him.

Sohrabuddin was later killed, and the police claimed the death was an encounter.

Kausarbi was shifted to a farm and later killed. Her body was taken to Vanzara's hometown Illole, burnt. The ashes were thrown into the Narmada river.

The chargesheet states that Sohrabuddin's brother Rubabuddin petitioned the Supreme Court to investigate his brother's death. Chudasama, the CBI alleges, approached Rubabuddin and offered him Rs 50 lakh (Rs 5 million) to withdraw the case. When he refused, the CBI claims Chudasama threatened to kill Rubabuddin like his brother.

Also Read: Explained: The case against Amit Shah
What the Supreme Court had to say about Amit Shah
Gujarat police trying to tamper with proof: Congress 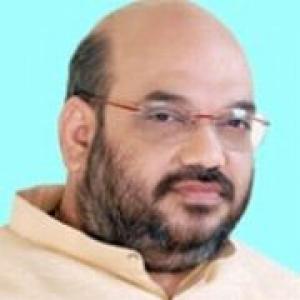