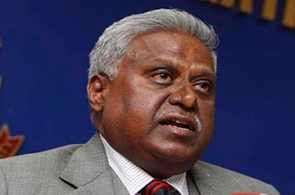 The Central Bureau of Investigation has registered a first information report against its former director Ranjit Sinha for allegedly trying to influence the coal scam probe as the agency’s chief.

The action against Sinha came after the Supreme Court directed the agency to constitute a special investigation team to look into the allegations against Sinha.

The Supreme Court had tasked a former special director of the CBI with looking into the visitors’ diary at Sinha's official residence which allegedly showed that several accused of the coal block allocation scam case were regular visitors to his house.

On the basis of Sharma’s report, the Supreme Court had directed the CBI to probe Sinha as it found there was prima facie material against him.