Cauvery verdict: EPS 'disappointed' by cut in quantum of water 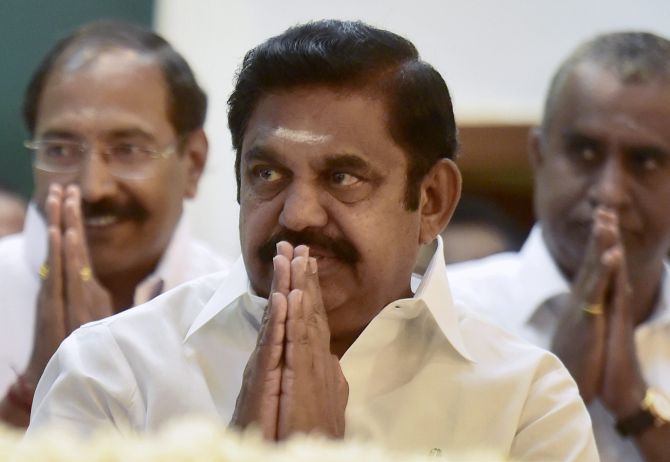 Palaniswami, under attack from the Dravida Munnetra Kazhagam for allegedly not handling the matter in the apex court properly, however said: "Several advantageous features for Tamil Nadu find place in the verdict."

The Supreme Court directing the Centre to evolve an action plan within six weeks to implement the final award of the Cauvery Tribunal was a 'big victory', he said.

Tamil Nadu will urge the Centre to implement the action plan within a time frame, he added.

Also, the top court confirmed that Tamil Nadu should be given water for 15 years as per the Cauvery Tribunal's Final Award.

Slamming the DMK for claiming that Tamil Nadu's rights were given up by the ruling dispensation, he said, "The DMK is trying to create such an impression."

'The truth is the DMK had given up Tamil Nadu's rights during its regime' and the Karunanidhi-led party did not stop the construction of a dam by Karnataka in 1974, he said.

Observing no state can claim 'exclusive ownership' of inter-state river water, the Supreme Court today hiked Karnataka's share of Cauvery water by 14.75 tmc ft and reduced Tamil Nadu's quantum by an equal amount in its verdict to resolve the decades-old dispute.

In what was being described as a balanced verdict, Tamil Nadu was, however, compensated by the court which allowed extraction of 10 tmc ft ground water from the river basin. 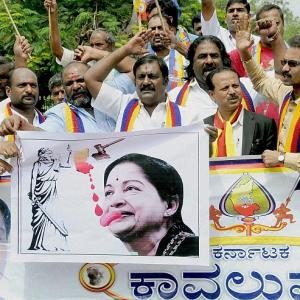