Special judge Sangeeta Dhingra Sehgal has rejected interim bail petition of former Samajvadi leader Amar Singh in cash for vote scam and sent him to judicial custody in Delhi's Tihar jail, where he  would remain until September 19.

Singh was present in the court when the judge read out the order. Two former Bharatiya Janata Party's member of Parliament -- Faggan Singh Kulaste and Mahavir Singh Bhagora -- have also been arrested.

Sudheendra Kulkarni, who was a political advisor to senior BJP leader LK Advani in 2008 and the brain behind masterminding the entire payoff scam as per Delhi police chargesheet, was also summoned to court, but did not show up because he is travelling in America.

The next date of hearing is September 19 when Kulkarni would be present in the court. It is likely that he may be arrested on his arrival to India.

All the accused persons would now be applying for regular bail. The court did not take cognisance of his plea that he had undergone kidney transplant last year and needs constant medical attention. Tihar has a team of doctors to provide medical assistance by any undertrial.

Sehgal's tough stand forced Singh to attend the court proceeding in cash-for-vote scandal after the judge had directed his counsel to produce relevant documents with a prescription from the doctor that he was confined to bed due to ill health by 12.30 in the afternoon.

"I was disturbed seeing television reports. So I decided to rush to the court to tell that I am not in hiding," Singh told mediapersons before he appeared in court.

The crime branch of Delhi police has named Singh in an 80-page chargesheet as the person who was instrumental for distribution of Rs 1 crore to Kulaste and Bhagotra to abstain from voting with BJP members in July 2008 on a confidence motion moved by the Manmohan Singh government.

Sanjeev Saxena, Singh's key aide, and Suhail Hindustani, who acted as a middleman between Singh and BJP MPs, have been arrested for their alleged role in distribution of bribe money.

"Why haven't you arrested Singh and Kulkarni?" asked an indignant special judge who is known for her uprightness like her father Justice S N Dhingra, who retired as Delhi high court judge recently.

The public prosecutor for Delhi police said that the custodial interrogation of the two accused was not required, as they have enough circumstantial evidence to prove their involvement including the registration of the vehicle in the name of Singh's wife by Saxena for ferrying money from Singh's residence in Lodhi Estate to the residences of the ex-MP's. 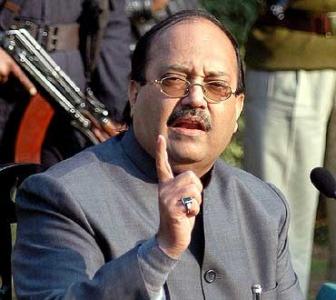 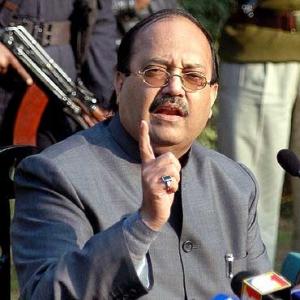