Cash-for-vote scam: 'NO interference from any corner'

The Delhi police on Thursday told a Delhi court that it had made every effort to unearth the money trail in the 2008 cash-for-vote scam in keeping with the directions of the Supreme Court and denied allegations of "interference from the central executive."

In a reply filed in the court of Special Judge Sangita Dhingra Sehgal, the police denied the charge that it had flouted the directions of the Supreme Court while conducting the probe and investigating the money trail.

The police were replying to the allegations made by one of the accused in the scam -- former Bharatiya Janata Party Member of Parliament Faggan Singh Kulaste -- that the police had flouted the directions of the apex court to probe the money trail.

"Every effort was made to unearth the trail of money but no evidence could come on record in this regard. It is stated that a thorough and professional investigation has been made and the statements made to the contrary are only the imagination of the accused/applicant (Kulaste)," the police said.

The apex court had last year, while refusing to monitor the probe into the scam, directed the police to trace the source of money used to allegedly bribe some Parliamentarians.

The police also denied the allegation that the probe into the scam was done "with accountability towards a central minister."

"The investigation is a pious obligation which has to be done and was done without any interference from any corner including the central executive," said the police.

It also rebutted the allegation that it has chosen not to probe the call details of prosecution witness S P Gupta, Aman Arora and Lovely Singh, although co-accused Sohail Hindustani has stated they were instrumental in introducing/conversing with senior Congress leaders to make a deal to pay BJP's 'venerable' MPs to vote in favour of the UPA government.

"It has not come on record (during probe) that Gupta, Arora or Singh were instrumental in asking the senior Congress leaders to make a deal to pay BJP MPs to vote in favour of the UPA government. Rather, it has come on record that Sohail Hindustani was himself making efforts to entrap leaders of UPA to make money in the name of offering BJP MPs during vote of confidence," said the police.

It also said there was no evidence that accused Ashok Argal spoke to a senior Congress leader on the morning of July 22, 2008 (the day of the trust vote).

It also denied Kulaste's allegation that the police had made no effort to trace the man in a yellow shirt who could be seen in the CD as actively using his mobile phone to contact Amar Singh from Argal's house.

"When the identity of this person could not be established, there was no occasion to go further with the investigation in other aspect qua this person," said the police.

On Kulaste's plea that the "news channel involved in the incident ought to have been inquired into for not airing the video recording immediately", it said "the motives of the news channel can never be part of the investigation and was not the subject matter of investigation."

Meanwhile, the court has given two more weeks to the police to supply the copy of transcripts to the accused.

On July 22, 2008, some BJP MPs had waved wads of currency notes on the floor of the Lok Sabha during the trust vote faced by the United Progressive Alliance government, claiming they were given the money to vote in favour of the Manmohan Singh government. 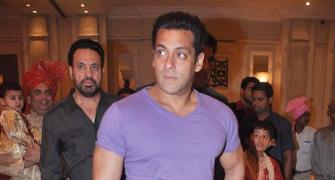