The Kerala police has decided to re-investigate the murder of a Bharatiya Janata Party youth wing leader who was hacked to death by Communist Party of India-Marxist workers in Kannur district 13 years ago.

State vice-president of BJP's youth wing Yuva Morcha, K T Jayakrishnan was murdered before Std VI students in a classroom of a primary school, where he was teaching, in politically volatile Panur on December 1, 1999.

The politically sensitive case, in which four accused have been sentenced to various terms of imprisonment by the high court, is being revived in the light of the "revelation" by a CPI-M worker during interrogation in connection with the murder of Marxist rebel T P Chandrasekharan earlier this year.

According to police, Rajeesh, a CPI-M worker, had revealed during interrogation that it was not the real culprits who had been made accused in the Jayakrishnan murder case.

He had alleged that the list of accused in the case was prepared by police based on a list of party workers given by the CPI-M leaders in Kannur. The BJP has since then been pressing for a Central Bureau of Investigation inquiry into the case.

According to home department sources, the case would be re-investigated by a special team of the crime branch wing of the state police headed by deputy SP A P Shouktathali, who was a member of the Special Investigation Team that probed the Chandrasekharan murder case.

In the Jayakrishnan murder case, the police drew up a list of six accused, one of whom committed suicide before the sessions court pronounced the verdict. Four others were sentenced to various terms of imprisonment, while one was acquitted by the sessions and high court later.

This is the second political murder case re-opened by the police in the wake of the Chandrasekharan murder case in last May, putting the CPI-M on the defensive.

A former CPI-M activist from the party stronghold Onjiyam in Kozhikode district, Chandrasekharan had left the party and floated a parallel outfit called Revolutionary Marxist Party.

Most of the accused in the Chandrasekharan case, whose trial is to begin shortly, are local CPI-M functionaries from Kozhikode and Kannur districts.

A controversial speech about the party eliminating its political foes later landed senior CPI-M leader M M Mani in trouble with the police re-opening a 30-year-old murder of an INTUC leader in Idukki district.

Mani was arrested and remanded a few days ago.

The state and central leadership of the CPI-M, however, has refuted the charge against the party, asserting that physical annihilation of rivals has never been its policy.

Source: PTI© Copyright 2021 PTI. All rights reserved. Republication or redistribution of PTI content, including by framing or similar means, is expressly prohibited without the prior written consent.
Related News: Chandrasekharan, CPI-M, Jayakrishnan, BJP, INTUC
SHARE THIS STORY
Print this article 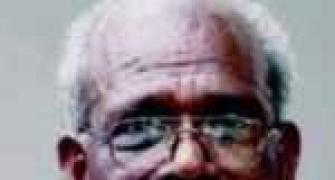