Calcutta High Court on Friday allowed holding of the Gangasagar Mela, which begins on January 8, strictly following the COVID-19 restrictions and ordered setting up of a committee which may recommend to the state a ban on entry to Sagar Island if there is any violation of health safety norms. IMAGE: The Gangasagar Mela is held at the southern tip of the Sagar Island, where the Ganga enters the Bay of Bengal. Photograph: PTI Photo

The court also directed the West Bengal government to take a decision within 24 hours to declare Sagar Island, where the annual fair is held, as 'notified area'.

The declaration of Sagar Island as notified area will empower the state to take measures for safeguarding the health, safety and welfare of the pilgrims as it deems necessary.

The division bench, presided by Chief Justice Prakash Shrivastava, directed the state home secretary to ensure that the restrictions issued by the government are implemented without any lapse in the island during the Mela period from January 8 to 16.

The bench, also comprising Justice K D Bhutia, directed the forming of a three-member committee to oversee that restrictions imposed by the state government are adhered to since apprehension has been expressed by the West Bengal Doctors' Forum that measures suggested by it in an affidavit are merely "paper suggestions" and will not be implemented in practice.

The bench also directed that the authorities concerned to implement the measures as per an earlier order of the high court on holding of the 2021 Gangasagar mela.

It directed the home secretary to make wide publicity in print and electronic media to make the people aware of the risk of visiting the venue of the fair between January 8 and 16 in large numbers and ask them to "stay safe and desist from visiting the Gangasagar Island during this period."

The petitioner Abhinanda Mondal, a medical practitioner, had sought a direction to the state government not to hold the annual Gangasagar mela scheduled for January 8 to January 16 on the occasion of Makar Sankranti at Sagar Island, situated about 130 kms from Kolkata.

The petitioner's counsel had submitted that a large number of pilgrims gather at the island in the confluence of the Ganga and the Bay of Bengal to take a holy dip and sometimes the footfall reaches upto 18 lakh.

In view of the spread of the COVID-19 pandemic in the state, it is not in the larger public interest to hold such a mela, he said.

The Doctors' Forum is an added party in the petition, which was allowed by the Court on its prayer.

The state government in an affidavit submitted to the court said that it is not in favour of banning the Gangasagar mela at this stage in view of the arrangements being already in place.

The affidavit said that about 30,000 people have already visited the mela ground and nearly 50,000 people including sadhus have arrived at different locations.

However, due to the Covid situation the inflow of devotees has come down and only about 4 to 5 lakh pilgrims are expected this year, it said.

The affidavit also suggested certain measures, including compulsory use of face masks, maintaining physical distancing and use of sanitisers at the fair venue to contain the spread of coronavirus. 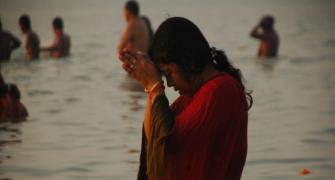 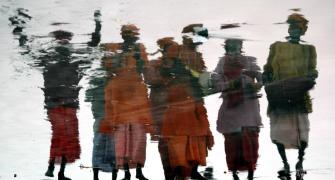 PIX: Makarsankranti dip at Gangasagar in evening hours after 65 yrs 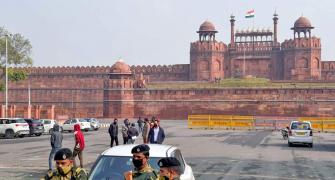 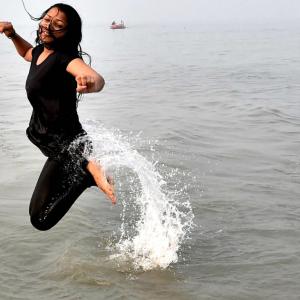 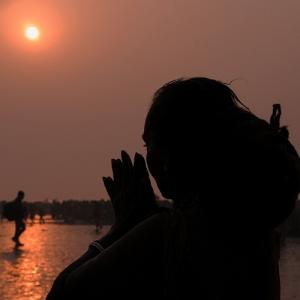 IN PICS: GANGASAGAR MELA, the Kumbh of the east