Multiple people have been injured after a car crashed into a crowd of people in Boston, according to authorities.

The crash happened near the airport’s taxi pool.

A spokesman was quoted telling WBTS that there were serious injuries, though it was not immediately clear how many or if any were life-threatening.

A police source told 7News that the incident was operator error, and not a case of terror.

Echoing the same sentiments, Daniel Linskey, former superintendent in chief of Boston Police, says calm response of officers on scene suggests a tragic accident rather than a deliberate attack.

“We would see tactical squads showing up and other resources,” he told CNN. “And we aren’t seeing that.” 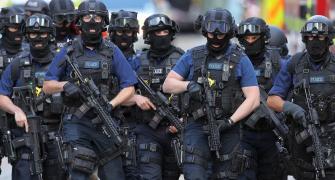