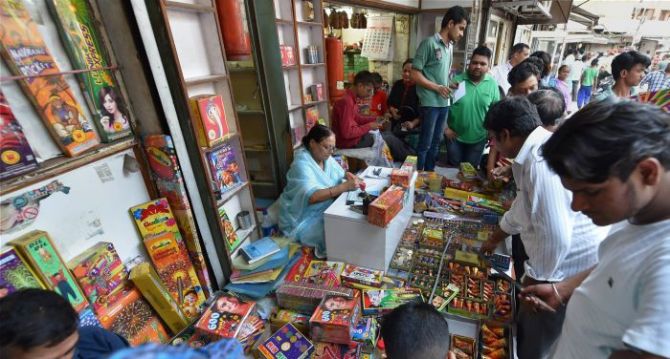 On Monday, October 19, barely 10 days ahead of Diwali, the Supreme Court banned the sale of fireworks in Delhi and the National Capital Region till November 1, casting a pall of gloom on the fireworks industry that lights up during Diwali.

The ban covers both the sale and bursting of firecrackers in Delhi.

"When the court banned fireworks in Delhi on November 11 last year, we stopped selling to the national capital," T Manikanandan of Ajantha Fireworks, Sivakasi, the town which is synonymous with the manufacture of firecrackers, tells Rediff.com's A Ganesh Nadar.

"Last year, Diwali fell in November when winter had set in, when there was high humidity and fog in the air. Added to it was the pollution caused by burning paddy straw in Haryana and Punjab," Manikanandan points out.

"But this year Diwali has come in October and there is no high humidity in the air. There is no fog as winter has not set in. Plus, Haryana and Punjab farmers have been told not to burn paddy straw," Manikanandan adds.

"Bursting crackers on one day will not raise pollution to the alarming levels that they are worried about. We have presented all these facts to the highest court in the land," says Manikanandan.

"If other courts follow the Supreme Court's lead and start banning firecrackers all over the country, the (fireworks) industry will be in deep trouble," Manikanandan fears. 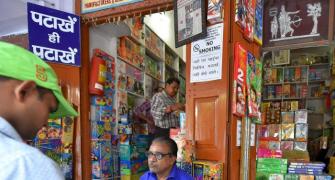 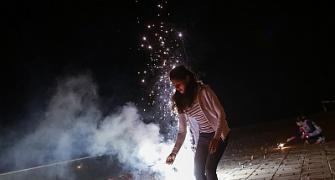 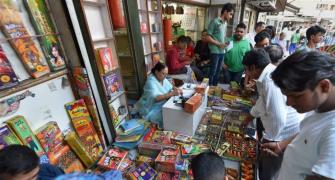 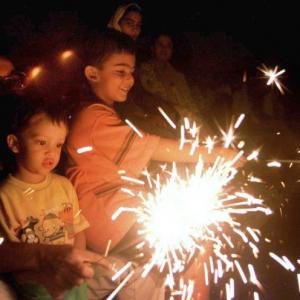 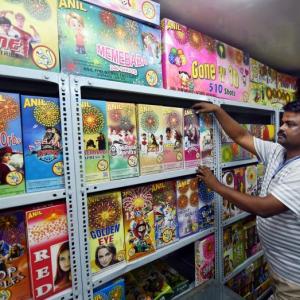