Curfew-like restrictions were imposed on Saturday in parts of Kashmir, including Srinagar city, and Amarnath yatra suspended as authorities apprehended protests in the Valley, where tension prevailed following the killing of Hizbul Mujahideen commander Burhan Wani by security forces.

Protesters blocked main roads and entry to interiors of the city at many places following a strike call by top separatists leaders who were put under house arrest as a precautionary measure. Public address systems were used in some places on Saturday to relay the audio messages of Wani, who had emerged as the poster boy of militancy.

Mobile internet across Kashmir has been suspended while mobile telephony services have also been restricted in south Kashmir.

A police official said the situation was by and large peaceful in most parts of Kashmir so far but Tral -- the hometown of the slain terrorist commander -- witnessed protests by residents following Wani's killing.

"Restrictions have been imposed on movement of people in six police station areas of Srinagar city, most parts of Pulwama district and Anantnag town in south Kashmir as a precautionary measure to maintain law and order," a senior government official said.

He said the decision was taken in view of the violent protests at some places last night in these areas after the news of Wani's death.

"A group of youths also started pelting stones towards the camps of security forces who have not retaliated to the provocation so far," he said.

The train services between Baramulla in Kashmir and Banihal across the Pir Panjal mountain range have also been suspended for the day as the trains have been targeted by mobs in the past.

Top separatist leaders including Syed Ali Shah Geelani, Mirwaiz Umar Farooq and Mohammad Yasin Malik were placed under house arrest last night as they had called for a shutdown on Saturday.

The two factions of the Hurriyat had planned funeral prayers in absentia for the slain militants. Radical women's outfit Dukhtaran-e-Millat chief Aasiya Andrabi has called for a three-day shutdown.

They said public transport was off the roads, while private cars and auto-rickshaws were seen plying at some places.

Educational institutions in the Valley were closed on account of the ongoing summer vacations.

The reports of shutdown have been received from district headquarters in the Valley, the officials said.

Central University of Kashmir has postponed all examinations scheduled for Saturday, a spokesman of the University said.

He said that the new dates for the examination would be notified separately.

Jammu and Kashmir Board of School Education has also postponed Saturday's exams in view of the strike.

Authorities on Saturday suspended the Amarnath yatra from Jammu base camp due to apprehensions of law and order problems.

"The Amarnath yatra has been suspended from Jammu base camp. No fresh pilgrims will be allowed to proceed towards the Valley today," a police official said.

Though the yatra will continue from Pahalgam and Baltal base camps in Kashmir, the pilgrims would be advised to stay put at these camps till further advisory on their movement is issued, he said.

Burhan is believed to have taken to the gun to avenge his elder brother's humiliation by the security forces who made him do squats after picking him up apparently without any basis.

Several images of Burhan and posts extolling him were uploaded on social networking sites like Facebook which the security agencies had got removed but that did not dent his popularity.

Considered as a 'Poster Boy' of Hizbul Mujahideen terror group for wooing Kashmiri youths to militancy, Burhan had joined the militant outfit in 2010 when he was just 15 years of age.

He introduced a new wave of tech-savy militants who used social media platform to find recruits and influence Kashmiri youth. 'Everyone in Kashmir making money off unstable situation' 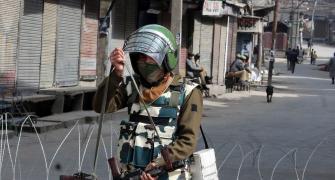 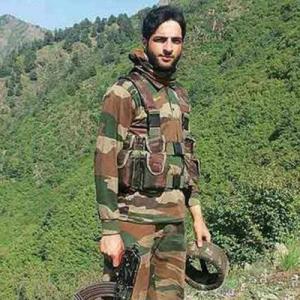 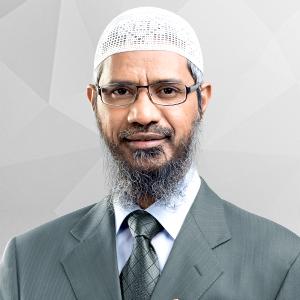 Kashmiris take to the streets to support Zakir Naik