A fortnight after rediff.com reported that Union ministers were up in arms over the Prime Ministers Office's proposal to have bureaucrats evaluate their performance, the prime minister seems to have developed cold feet, clarifying that bureaucrats would only provide secretarial assistance and not judge or evaluate the ministers in any way.

In a statement issued on Tuesday, the PMO clarified that the Performance Monitoring System developed by the government was not to evaluate the ministers' work but "to ensure accountability of the department to the minister. The whole system is minister-oriented and the committee of secretaries headed by the cabinet secretary is to merely provide technical support to facilitate such evaluation by the minister concerned".

The PMO clarified that it is the minister who will lay down the goals and targets for a specified period and review them. The scheme was not at aimed at giving bureaucrats the power to haul up non-performing ministers or their ministries.

While the secretaries and ministers of each ministry and department, barring key ones like home, defence and external affairs, were made to jointly sign the Results Framework Document that will be used to assess the performance, the PMO clarification claims that "the PM's order does not have any such requirement".

It affirms that the minister has the final authority to set the priorities and deliverables for the concerned department at the beginning of the year. "Once the priorities, direction and deliverables are decided by the minister, it is the responsibility of the department to achieve these results. The PMS makes this practice more systematic and transparent," the PMO said.

Dubbing as "factually incorrect" the belief that officers would evaluate the performance of ministers, the clarification says: "The PM's order is clear that the entire process has to be driven by the ministers".

It quotes the order: "At the beginning of each financial year, with the approval of the minister concerned, each department will prepare a Results-Framework Document consisting of the priorities set out by the ministry concerned, agenda as spelt out in the manifesto if any, President's Address, announcements/agenda as spelt out by the government from time to time. The minister in charge will decide the priority among the departmental objectives".

The PMO further pointed out that the PM's order clearly puts the minister in the driving seat and does not cede that position to any bureaucrat or committee of bureaucrats. The order says: "To achieve results commensurate with the priorities listed in the Results-Framework Document, the minister in charge will approve the proposed activities and schemes for the ministry/department. The ministers in charge will also approve the corresponding success indicators (Key Result Areas -- KRAs, or Key Performance Indicators -- KPIs) and time bound targets to measure progress in achieving these objectives".

It was also clarified that the bureaucrats' committee on government performance is not to sit in judgment on work done or not done by the ministers. Its main task is to ensure uniformity, consistency and coordinated action across various departments. For that, "it does the secretarial work of preparing guidelines, ensuring timely submission of RFDs, and providing feedback to the ministries/departments concerned".

The performance monitoring system is consistent with international best practices and the report of the Second Administrative Reforms Commission, the PMO added. 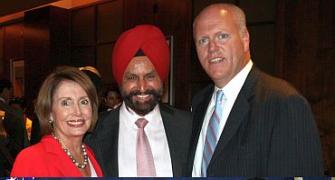 Chatwal controversy created to embarrass PM
'No chance of Indo-Pak PM meet in near future'
India-Pak for peaceful solution to Kashmir: Pak PM