'I know nothing about this award. No one has told me anything about it. If they have decided to offer Padma Bhushan to me, I refuse to accept it,' he said in a statement.

According to CPI-M sources, it was a decision of Bhattacharjee and also the party.

Meanwhile, official sources said the Union home ministry informed Bhattacharjee's wife about the government's decision to give him Padma Bhushan before announcing his name and no one from his family objected to it.

Soon after the ailing veteran CPI-M leader announced that he has rejected the Modi government's decision to give him the country's third-highest civilian award, official sources said that a top official of the home ministry had called Bhattacharjee's home early Tuesday morning.

The former chief minister's wife picked up the phone as he has been unwell and she was conveyed the central government's decision to name him as one of the Padma awardees this year.

Bhattacharjee's wife told the top official that she would inform him about it.

No one from Bhattacharjee's family got back to the home ministry about his unwillingness to accept the Padma award.

The home ministry always calls up the prospective awardees about the decision to give the Padma awards before announcing the names. If anyone conveys any objection, he or she is not named, sources said.

Since no one from the Bhattacharjee household got back to the home ministry throughout the day, his name was announced late in the evening as one of the Padma awardees, they said. 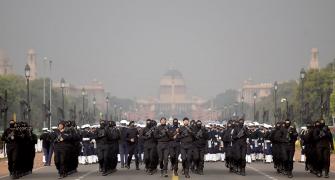