News
Business
Movies
Sports
Cricket
Get Ahead
Money Tips
Shopping
Sign in  |  Create a Rediffmail account
Rediff.com  » News » Who said there is justice in the world?

Who said there is justice in the world? 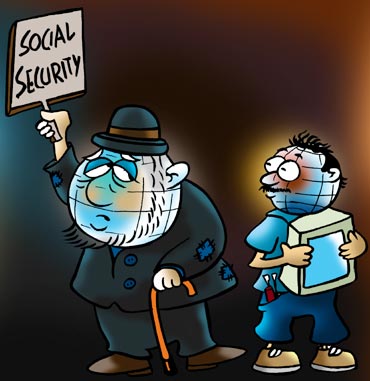 There is injustice in life not only with individuals, notes B S Prakash, but also with nations.

A group of us, all from different nationalities, were bunched together standing, chatting and -- yes why hide it, imbibing too.

It was a national day reception at an embassy, one of the standard rituals in a diplomat's life and one of my 'duties' to attend to at least twice a week. Important capitals like Delhi, Beijing, and Brasilia too have over 160 embassies these days, and if each embassy celebrates its national day with a reception, diplomats are 'performing this duty' practically every other day.

The truth about what happens at such receptions is somewhere between the popular accusation that all that diplomats do is to 'wine and dine' and their -- I should say our -- rebuttal that what we do on such occasion is to discuss 'matters of State and advance national interest'.

On this particular occasion, it was a hot day and all of us were sweating in our suits and the refreshments were not all that refreshing.

"Oh! To think that I must endure it for another two years," said my friend, who represents a great country from Europe, known for its culture, cuisine, leisure and luxury. Some of us looked at him with a question mark.

"I have been told that I cannot retire. I must do at least another two years to get a pension. I was all set to say 'goodbye' and to return to the Riviera and to my water colours," he sighed.

Another of my colleagues, an Asian, looked at me wistfully. He had told me just the other day that he was to retire at the rather ridiculously early age of 55 and that too with a meager pension in his country which had now started doing rather well. He was hoping to join the private sector, he had informed me, because to play golf for the rest of his life was neither his goal nor affordable.

Looking at both of them and others who all started thinking about the justice or the lack of it in their own cases, I was reminded of a Kannada proverb with an excellent alliteration:

Such is the injustice in life, not with individuals alone, but between nations. Here was someone bemoaning that he had to work rather than retire and I guess, many specially we in India, with the reverse sentiment.

I had thought that my European colleague was just indulging in self-pity, but recently I am seeing headlines every day about Paris grinding to a halt, buses being torched in Greece etc and for what: As protests against raising the retirement age! The world is indeed wonky.

'Structural imbalance' is the phrase that economists are using a lot these days. There are many aspects to it and some grand phrases to capture its essence. 'The shifting of centre of gravity to Asia', 'The weight of emerging economies', 'The decline of... (better not fill the blank!), 'The post-Western world'.

Some of it is hyperbole in my view, both the excessive optimism and the apoplectic visions of decline, but then whether with Nostradamus or Alvin Toffler, future-gazing has always been an attractive and remunerative pursuit.

What is undeniable, however, is that certain big trends from economic to demographic are changing the world, and this will impact on individuals too, and yes, on their passions and pensions, which is where we started.

It is a fact today that just as we are (or at any rate should be) anxious about the leveling of our population and the need to bring down our birth rates, others are worried about the reverse -- about the decline in their populations and the falling birth rates.

For the clearest examples we need not even go to Europe, but look at Japan, Korea and Singapore.

The population of Japan currently at 128 million is expected to be 100 million in 2050 and with a birthrate of a mere 1.25, it is not expected to sustain a stable and steady demography, which experts tell us is only possible if the birth rate is 2.1.

Similar prospects await many countries across the world: Russia, Italy, France to name a few. The US alone in the Western world is different, mainly because of immigration, both legal and illegal which still provides it with a growing population. (The changing ethnic and racial composition of that population is another story).

But to understand the pain about retirements and pensions, we need to look at another concept the 'dependency ratio'. This is the ratio in a society between those who are not in the work force -- generally below the age of 15 or above the age of 64 -- and those who are working, in whatever capacity.

The underlying idea is that in a society those who are working and productive have to contribute to the kitty which will help those too young or too old to work to go on living. All societies do it for the young and in our society we do it for the old too, to the best of our ability.

In organised societies like in Europe or Japan the pension, the health and the social security structures are based on this principle: A working individual has to contribute a certain percentage of his current income which will go into the funds that provide him and his society the means for decent living throughout his life. And this is not for public servants or the organised sector alone, but for everybody since the society itself is organised on these lines.

Very roughly told, you contribute for the social good for say 35 years, and become entitled to benefits for another 35 years, if the average life-span is seventy. The post World War generations in the industrial world have grown under this belief.

Alas, that security no longer exists. Why? For a number of reasons. To start with the numbers of those above 65 years is rising dramatically compared to those who are young and working. Not only are people living longer, but the young have been having fewer children for decades.

To add to the complications, many societies are losing their competitiveness and hence manufacturing jobs have gone to Asia. At the same time, people have expectations of health care, holidays, leisure and recreation provided or subsidised by society. A set of cascading problems confronting societies used to affluence and security.

To take a revealing statistic: The average age in 2020 for the society as a whole is expected to be 37 in the US, 45 in Europe, 48 in Japan, but will be 29 in India. As we can see on our streets, we have a preponderance of young people compared to the aged and again, as can be seen on the streets the reverse is true of Japan and most parts of Europe.

Look at it another way: The percentage of people over 60 today in India is 8 per cent, it is nearly 20 per cent in the US and already 30 per cent in Japan.

Focusing on ourselves for a moment, we will have a young population and a growing one. Are we to rejoice? To my great worry, we are already hearing too much about the so-called 'demographic dividend', the benefits of low dependency ratio and a large working force.

Some even take comfort from the fact that the Chinese will have an aging population in the coming decades with their one child policy while we will continue to grow.

In my view, this is a foolish and simplistic notion. Though the analogy may not be apt it brings to mind the idea that just because we muddled through the Commonwealth Games, we are ready to host the Olympics!

A demographic dividend can only be real when the growing young population can get education, health and most important, jobs. Without these, the challenges that it poses are much bigger than the notional advantages.

Finally, a difficult philosophical point. Does growing or shrinking population, shorter or longer years of work, less or more leisure, promote or hinder happiness in a society?

Aha, that is an entirely different question as Socrates may well have told Marx.

B S Prakash
Related News: Japan, Europe, US, India, Alvin Toffler
SHARE THIS STORY
Print this article
Can BRIC save the world?
More columns by B S Prakash 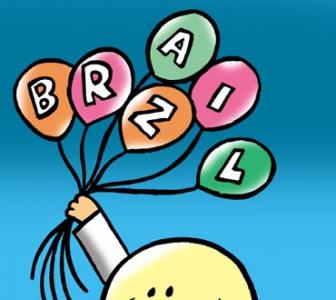 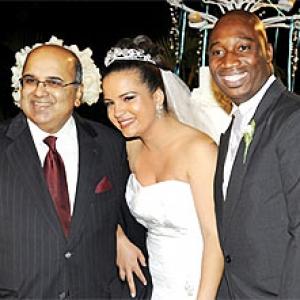 Looking for meaning in multilateralism