A 14-year-old boy was beaten to death by a group of people in the heart of Guwahati on Friday night after he was allegedly caught breaking into a paan shop with another eight-year-old boy.

The incident occurred at Rukmini Gaon area in the city. The police have arrested five people on charges of murder and all three been remanded to three-day police custody by the court.

The 14-year old boy was working as a domestic help in the residence of one Khagen Das of Rukminigaon. The police have registered a case under Section 302 of the Indian Penal Code following an FIR lodged by Das.

The accused claimed that they had ‘caught’ the boy inside a paan shop he had allegedly broken into with the intention of committing theft.

The accused had assaulted the boy so badly that he died soon after being admitted to a hospital. The five arrested accused have been identified as Rajesh Deb, Noor  Hussain, Pranab Barman, Rafiqul Islam and Lalbabu Kishore, all employees of a restaurant located close to the paan shop.

All of them were arrested after they had been identified by the 8-year old boy who was accompanying the victim. He had managed to flee the site.

The slain boy was the only son of a widow who lives in a village in Barpeta District in western Assam, nearly 150 km from Guwahati. 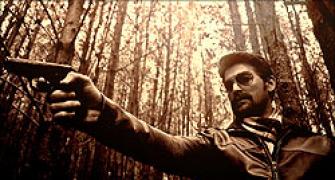