B'luru blasts: Tough for Madani to get bail 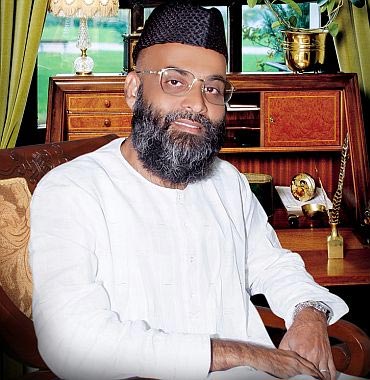 Kerala-based People's Democratic Party leader Abdul Nasser Madani will have a tough time seeking bail from the Karnataka high court in the 2008 Bengaluru blasts case on Thursday with the Karnataka police building a watertight case against him.

Madani, who was arrested from Kerala for his alleged role in the serial blasts that left one person dead and 20 others injured, has in his bail application termed his arrest as illegal. According to the bail plea, he was arrested only on the basis of confessions of the other accused in the case.

The PDP leader was taken into custody from an orphanage-cum-madrassa in Anwarssery in Kerala on August 17 last year and was later brought here and lodged in Bengaluru central jail.

The state of Karnataka has filed detailed objections opposing Madani's bail plea, which runs into over 200 pages.

As per these objections, the banned Students Islamic Movement of India continues to operate in the country. Its mission is to voice support to Islamic jihad against India and all the persons involved in the 2008 bomb blasts, including Madani, are part of this operation.

Further the petition says that Madani has links with Lashkar-e-Tayiba operative T Nazeer, the prime accused in the Bengaluru serial blasts. Terming their association as deadly, the government states that it was Madani's speeches that inspired Nazeer to carry out the blasts and he even sheltered him. The petition also lists three mobile numbers -- 9349955085, 9349955082 and 9426838833 -- which were used by Madani to keep in touch with Nazeer.

In his bail plea, Madani to counter Bengaluru police's argument that he visited a place called Madhapur where the conspiracy to carry out the blasts was hatched said he had been provided security by the state of Kerala due to his political status and if he made this visit there would have been a mention of it in the diary.

But according to the Bengaluru police, Madani had given an outline of his tour programme to the Kerala police and not furnished details of his day-to-day itinerary. A diary to this effect had not been maintained and this is a fact has been confirmed by both the Kerala police and Madani's security

personnel. The Bengaluru police support this accusation with the mention of an episode wherein Madani had gone missing from Calicut for nearly four hours without informing his security ring.

The police maintain that Madani had a crucial role in the Bengaluru serial blasts. He has a controversial history and was also an accused in the 1998 Coimbatore bombings, in which 58 people were killed, but was acquitted by the trial court. The PDP leader has not only abetted the 2008 blasts, but is also a part of the conspiracy. He instigated the accused and more importantly maintained silence despite being aware of the plot, say the police.

According to the Bengaluru police, the nexus between Madani and the other accused in the blasts was very strong. The accused have stated that they were in touch with Madani and have also outlined his role in the bombings. Moreover, the police have seized several documents from them, which throw light on how these suspected terrorists planned to cause more destruction in the country in the name of jihad. The police say that they have seized stickers that say, "Ayodhya to Jeruselum, jihad will go on."

Apart from the confession of the other accused in the case, Madani's brother Jamal Mohammed too had informed the police that the Kerala leader sheltered the accused in the Bengaluru bombings.

The police argue that if Madani is released on the bail he will use his money and muscle power to wriggle out of the case. "Madani was arrested only after a proper investigation was conducted. We have phone records to prove his links with the other accused. The arrest was made only after collection of proper evidence," said a police official, requesting anonymity.

Lastly, the police make an interesting mention of two journalists Shahina and Shabeer who had reported the blasts case. The police had booked these journalists for tampering with the evidence in the case. "Investigations have shown that these journalists were linked to Madani and were also a part of the conspiracy. A Red Corner Notice has already been issued to these scribes," said the police officer. 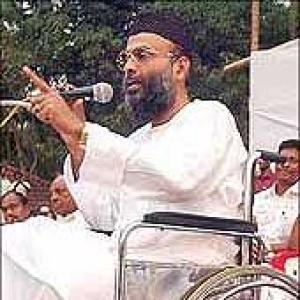 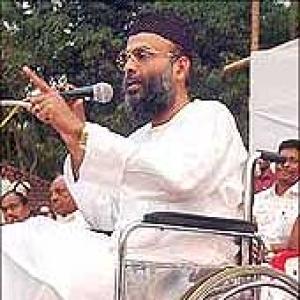