A blast at the Bhilai Steel Plant in Chhattisgarh killed nine employees and injured 14 on Tuesday, the police said. 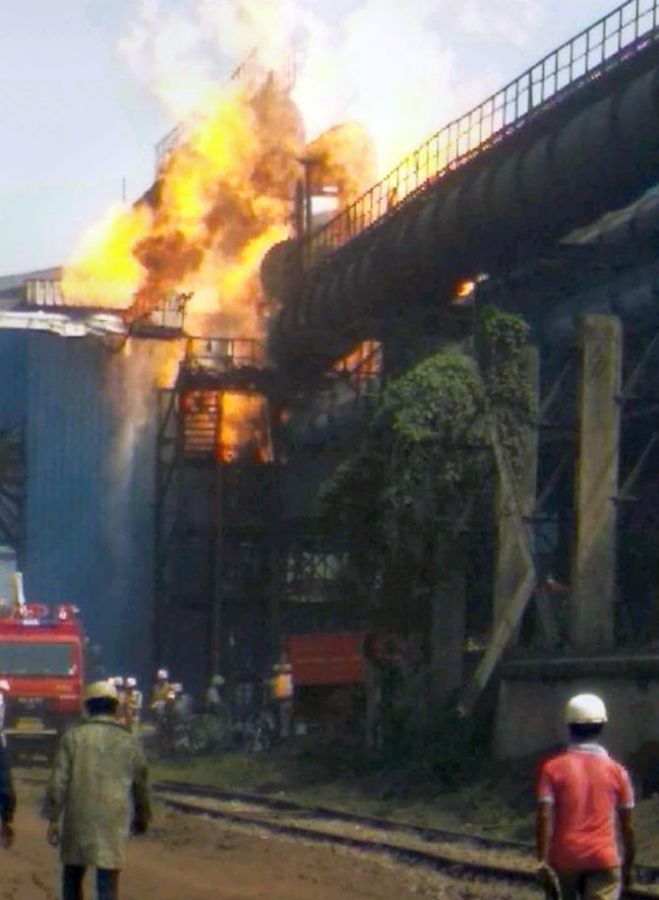 IMAGE: Fire fighters look on as fire rises after a blast at the Bhilai Steel Plant of state-owned SAIL in Durg. Photograph: PTI Photo

The explosion at the plant of the state-owned Steel Authority of India Limited took place around 10.30 am, the police said.

The explosion took place in a gas pipeline connected to the coke oven section of the plant in Bhilai town, located around 30 km away from the state capital Raipur, said Inspector General of Police (Durg Range) G P Singh.

As per preliminary information, over 24 employees were working at the spot when the accident occurred, he said.

Police personnel and a rescue team rushed to the spot, Singh said, adding that all the victims were taken to a local hospital.

Superintendent of Police of Durg district Sanjeev Shukla said 9 people were killed in the incident.

Union Minister of State for Steel Vishnudeo Sai said, “A four-member high-level committee has been constituted (by SAIL) to probe the incident.”

Adequate compensation will be given to the families of the deceased, Sai said, adding that the injured, admitted to the burns unit of the Jawahar Lal Nehru Hospital in Bhilai, are being provided the best possible medical treatment. 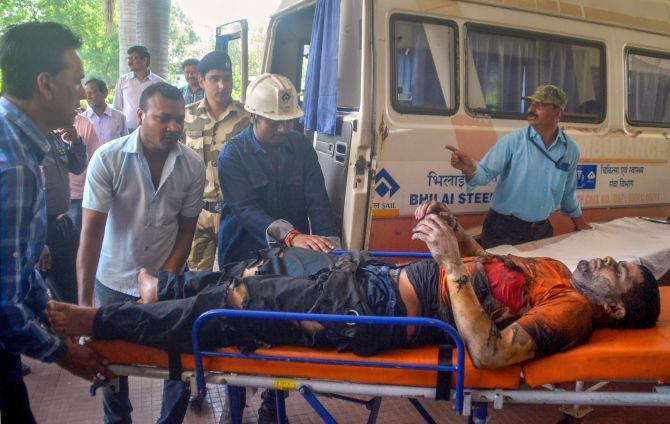 IMAGE: Injured employees being taken for treatment after a blast at the Bhilai Steel Plant of state-owned SAIL in Durg. Photograph: PTI Photo

Sai was speaking to mediapersons after visiting the injured in the hospital late in the evening.

A union leader described the incident as the worst mishap at the plant in the recent years.

A statement issued by the SAIL also put the death toll at 9 and said 14 injured were undergoing medical treatment.

It said there was a fire in gas pipeline of Coke Oven Battery Complex No. 11 during a scheduled maintenance job.

The fire has been controlled, the SAIL said.

“All resources have been mobilised to provide adequate care to the injured,” the statement said.

Singh said most of the injured employees were in a serious condition and undergoing treatment at the hospital.

After getting the post-mortem report of the deceased, a case under IPC section 304 (A) (causing death by negligence) will be registered followed by an inquiry into the incident, the IG said.

Chhattisgarh Governor Anandiben Patel and Chief Minister Raman Singh condoled the death of employees and wished for speedy recovery of the injured.

“I extend my deepest condolence to the family members of the deceased,” Patel said in her condolence message.

The Governor also prayed for the speedy recovery of the injured.

The chief minister tweeted, “I am deeply pained over the incident at Bhilai Steel Plant. I pay my tribute to brothers who have lost their lives in the incident.

“I pray to god to give strength to the bereaved families and for speedy recovery of the injured.”

A union leader said an uneven pressure in the gas pipeline in the coke oven battery No. 11 was being reported from the last two days and it was to be rectified.

“All the standard protocol which also included arrangement of fire brigade and ambulance, was followed for the maintenance.

“However, during coupling of the pipeline, the explosion took place,” said S P Dey, a worker of the Coke Oven Battery section and president of the Centre of Indian Trade Unions, Bhilai Steel Plant unit.

After the massive blast, a huge fire raged across the section, said Dey, who was on duty when the incident took place and immediately reached the spot.

Around 25 employees of two departments -- EMD (energy management department) and fire brigade -- were engaged in the work at the time of the mishap, he said.

Dey said it was the worst mishap at the plant in the recent years.

In June 2014, six persons, including two deputy general managers, were killed and many others affected when a poisonous gas leaked in the plant, he said.

He alleged that the Bhilai Steel Plant is the only unit of SAIL which does not have a safety committee since July 2017.

The panel’s role is very important to prevent such incidents, he said, and urged the plant management to constitute the committee as soon as possible.

Former chief minister Ajit Jogi’s party, the Janata Congress Chhattisgarh (J), has demanded a compensation of Rs 1 crore for the kin of each of the deceased.

As per SAIL’s website, the Bhilai Steel Plant is India’s sole producer and supplier of world class rails for the Indian Railways, including 260 metre long rails, and a major producer of a large variety of wide and heavy steel plates and structural steel.

With an annual production capacity of 3.153 MT of saleable steel, the plant also specialises in other products such as wire rods and merchant products. 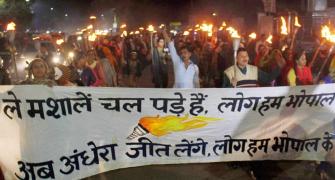 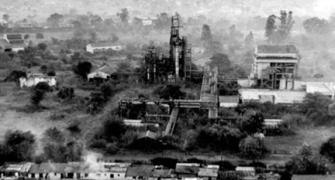 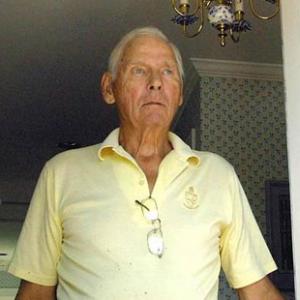