Stepping up the attack on Nationalist Congress Party chief Sharad Pawar, Leader of Opposition in Maharashtra assembly Eknath Khadse of Bharatiya Janata Party on Friday alleged that 326 acres of land in Pune was illegally handed over to a trust and Pawar's daughter and son-in-law own shares in a technology park, which will be build on a portion of that land.

In 1989 the then Pune collector Shrinivas Patil, who later became Member of Parliament from NCP, facilitated transfer of the land at Yerwada to Mukund Bhawan Trust, Khadse informed the lower House.

"Pawar's daughter Supriya Sule and her husband Sadanand Sule own 909 shares each in the Panchasheel Tech Park being built on a portion of the said land. Apart from this, Balwa's company is building a luxury hotel on an adjoining portion of the land," Khadse claimed.

The information has been obtained under Right To Information Act by a Pune-based social activist, he said.

The trust had initially laid claim on 3.26 acres of land but after Patil's intervention, was allotted 326 acres land, Khadse said, adding, the state government later changed the reservation of the land from non-residential to residential.

The entire land "scam" is to the tune of Rs 15,000 crore, Khadse claimed, adding, it has been perpetuated due to political patronage.

The senior BJP leader had on Thursday alleged that Pawar and his wife had traveled to Dubai last year in a plane belonging to Shahid Balwa owned D B Realty company. 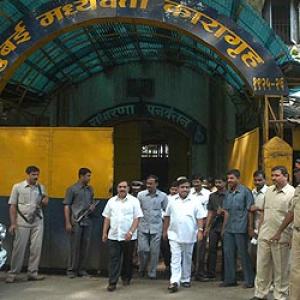 'We did not visit Kasab to express our sympathies' 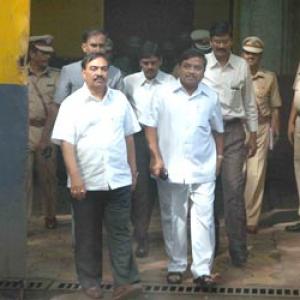