Political observers say except for a strong anti-incumbency sentiment, there is little that might go against the BJP.
Sohini Das and Vimukt Dave report. 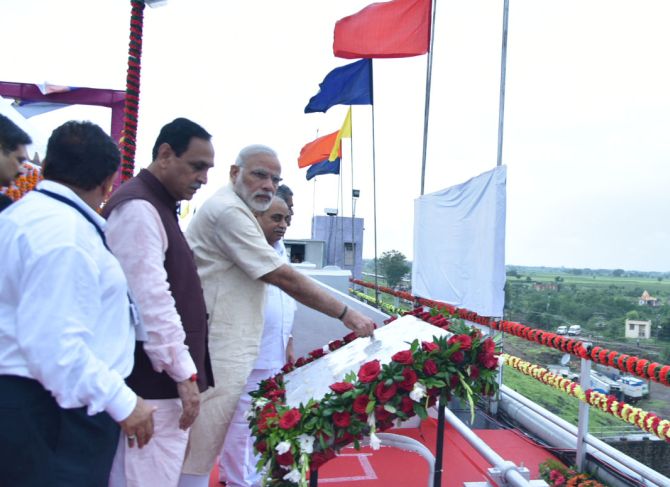 It was at a cosy dinner on a summer evening at the Gujarat chief minister's bungalow in Gandhinagar that Prime Minister Narendra Modi is said to have asked Bharatiya Janata Party members in the state to ensure victory for the party in 150 seats in the assembly elections later this year.

It would break the Congress record of 149 seats in Gujarat under Madhavsinh Solanki's leadership in 1985.

After the spectacular win in the Uttar Pradesh polls, the BJP has turned its attention to Gujarat.

A win in the state is critical for reaffirming the BJP's performance in UP and Uttarakhand.

Speculation is rife that the BJP may consider advancing the dates of the assembly elections from December, so as to ride the UP victory wave. Sources close to the party leadership dismiss this speculation.

Both Modi and BJP President Amit Shah are known to have taken feedback from party leaders in the state on holding early elections. Neither leader has spoken clearly to state party leaders.

Political observers say that except for a strong anti-incumbency sentiment, there is little that might go against the BJP.

"Hardik Patel, Alpesh Thakor and Jignesh Mevani are the three faces of unrest and opposition in Gujarat," says a senior political observer.

"Alpesh has already tilted towards the BJP, Jignesh does not seem to have mass appeal while Hardik is increasingly being seen as fickle and lacking a concrete plan."

Sociologist and political analyst Vidyut Joshi predicts a win for the BJP, but adds that its tally might come down.

"Anti-incumbency sentiment is strong; farmers and anganwadi workers are disillusioned to some extent," Joshi says. "There are compatibility issues between the chief minister and his deputy. Modi might send senior party leader Purushottam Rupala (the Union minister of state for agriculture) to take charge of Gujarat."

A dip-stick survey across districts in Gujarat shows that farmers are not satisfied with the BJP government.

Ramesh Bhoraniya, a cotton and groundnut farmer near Rajkot, says: "The government has not sided with us on minimum support price. It did not increase procurement."

Another farmer in the Saurashtra belt, a traditional BJP stronghold that was shaken up by the Patidar agitation, says that demonetisation has left them deprived of cash.

But farmers admit there is no option other than the BJP. "Opposition parties are hit by infighting," Bhoraniya says. "They cannot offer a stable government."

The Congress, on its part, has fastened its seat belt. The party is likely to announce a youth employment scheme. "We will invite applications from the youth," Gujarat Congress chief Bharat Sinh Solanki says.

"We are planning to offer an unemployment allowance. For postgraduates the amount will be Rs 4,000 a month, for graduates Rs 3,500 and Rs 3,000 for higher secondary pass-outs," he adds.

The Congress is trying to woo urban voters this time. "We won only four out of 68 seats in the urban areas last time," Solanki told Business Standard in an interview earlier this year.

"So, we have to increase our share to at least 50 per cent there. We are targeting 34 seats. We will sweep the rural areas, barring a few seats."

Modi has asked party men to step out of their offices in the state capital and start reaching out to the masses.

Lack of mass connect cost the BJP a majority in Goa. From 21 seats in the previous elections, it was reduced to 13 this time. The party did form the government, but with support from allies.

In Gujarat, the BJP is trying to reach out to all sections of society. The message from Delhi is not to isolate any community, rather to try and build bridges with the Patidars.

Demographically, Muslim voters make up 10 per cent of the electorate in Gujarat; the remaining 90 per cent are Hindus.

Of them, around seven per cent are Dalits, around 20 per cent Patidars, 14 per cent tribals and the rest belong to Other Backward Classes.

The OBC vote would be crucial.

Around 1,000 members resigned in Banaskantha district in February, accusing Thakore of using them to nurture his own political ambitions.

"Many see Thakor as the BJP's B-team, and that he will tone down his protests at just the right time," says an observer.

Surat, with its diamond merchants, is considered the deciding factor in the Gujarat elections. It is still reeling from the after-effects of the Patidar agitation.

This is the soft spot the BJP's opponents are targeting.

But traders, like farmers, say they have little option. "We have no other choice but to go with the BJP as it can offer a stable government," says a cotton trader based in Kadi.

Hardik Patel has a different take. "The current government is overconfident," he says. "Whether assembly elections happen now or later, the people of Gujarat are not happy with the BJP. This is sure to go against them."

While he has no plan at present to contest the assembly elections, he adds he will nonetheless try to gauge the mood of the people.

"The BJP has won in the state with the support of the Patidar community," Patel says. "We will not participate in the elections, but there are only two parties -- the BJP and the Congress. We will support those who work for the youth, farmers, women and development."

Sources in the Congress say Patel might side with them. 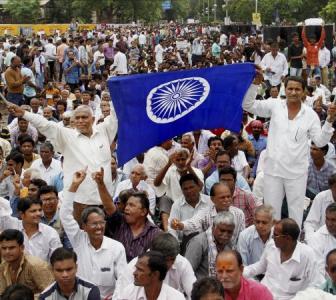 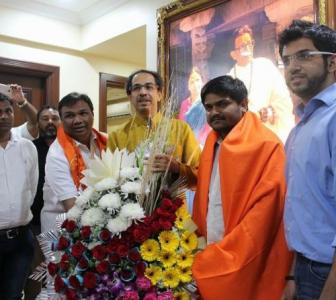 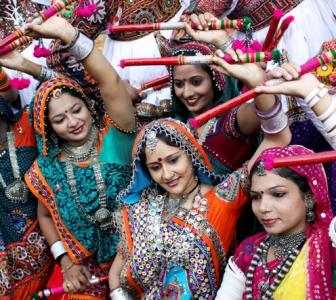 'We will stop the Vibrant Gujarat summit' 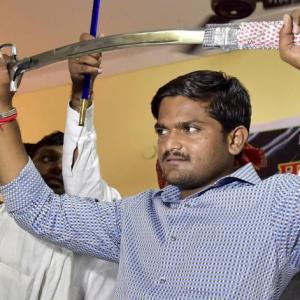 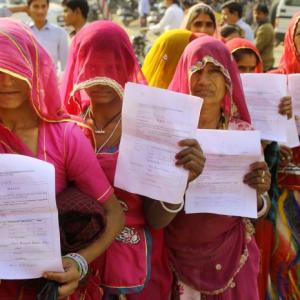